Star Wars shaped my life as a child, I mean my sisters and I had matching  Princess Amidala drinks cups for crying out loud (sure my mother hated them and got rid of them the first opportunity that she could because they were bulky and she hated them) and there was nothing that I loved more than sitting in the living room on a wet and cold Scottish summers day watching whichever Star Wars movie that was on that day with my dad.

As an adult, and now 2/3 of the way into the last trilogy, I think its possible that I love Star Wars even more than when I was a kid. I’ve had a Darth Vader mask (an adventure for a Halloween outfit that I never made as I liked the look of it too much on top of my bookcase with a pair of broken headphones over the top), have a shirt for The Force Awakens, have a Rey Pop! Funko figurine and am anxiously awaiting the day when I can finally buy my Lego Death Star. 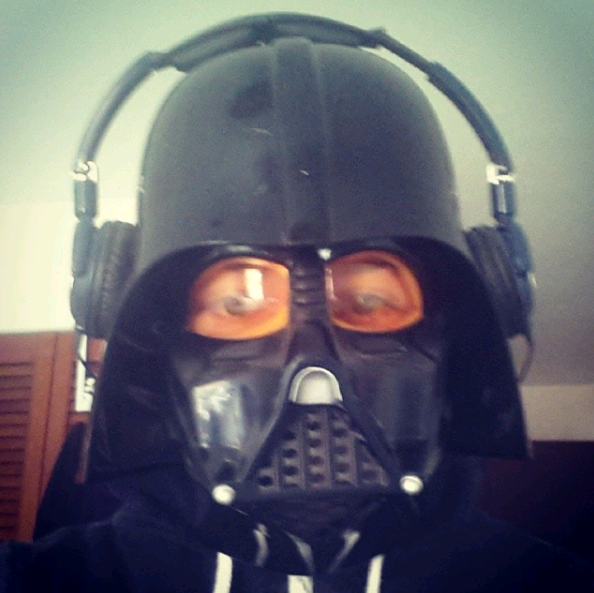 I thought this was a good look, a hipster Darth Vader. I’ll let others be the judge of that now 5 years later!

For me, Star Wars is an integral part of what makes me a Fangirl. It is part of the foundation that made me into one as a child. From those scenes of Luke in the vast sands of Tatooine, to Princess Amidala sending her twins  off for safe keeping, and now to General Organa and her scattered resistance forces trying to fight back against her son Kylo Ren with the help of Rey (who I am still convinced is the daughter of Luke Skywalker as Star Wars is about the family history of the Skywalkers and it makes no sense to me to have one of our main characters of the trilogy into anything other than a Skywalker.)

Whenever I see Star Wars, I turn into my 8-year-old self who is still living at home with her parents and sisters ready to sit down and watch the original trilogy, I feel the same excitement.