Now that season 3 of DC’s Legends of Tomorrow has finished, we decided to pull together a list of our Top 10 moments of the season. 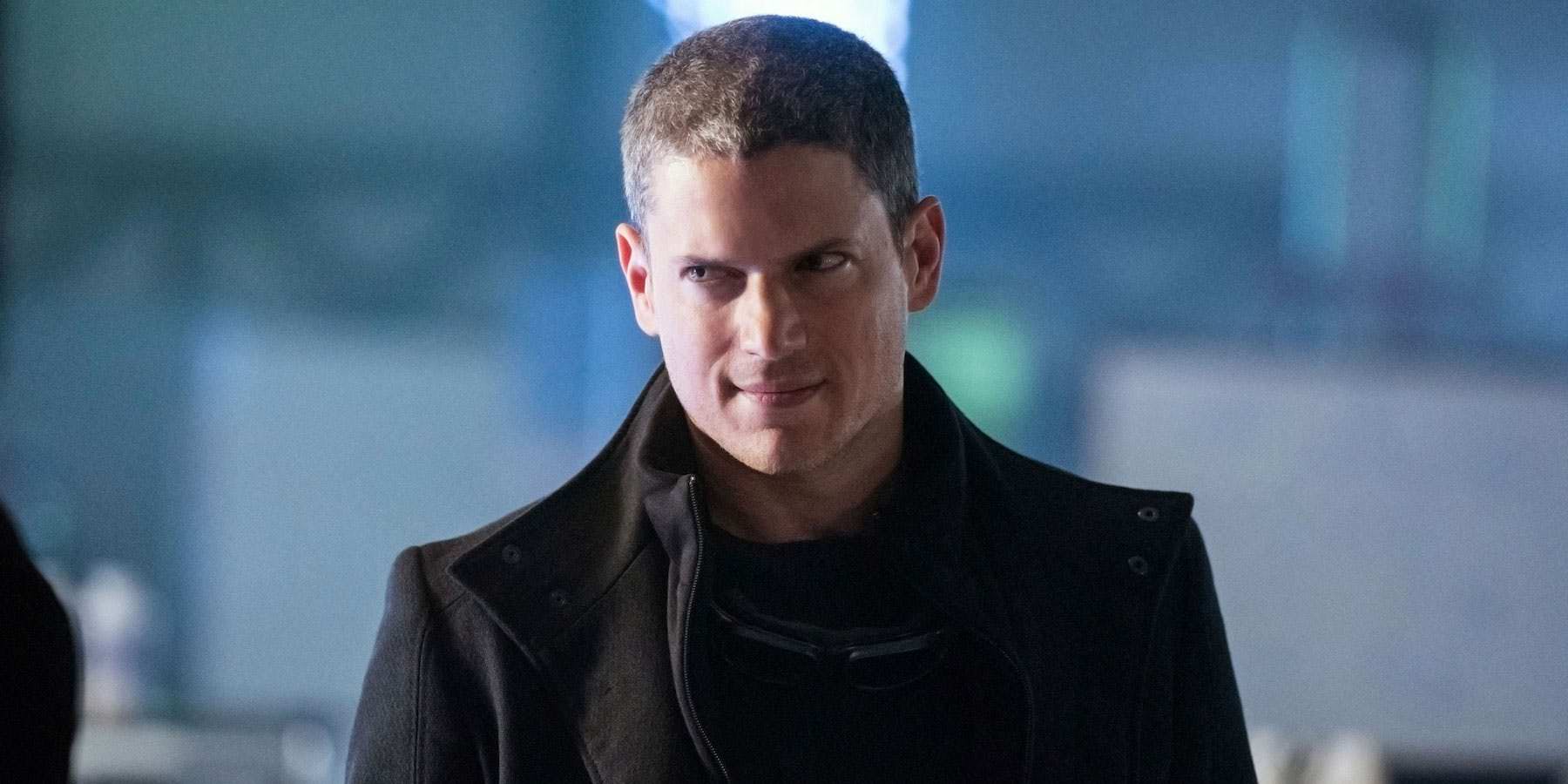 The King of Cool

So one of the things I loved about Season 1 was Captain Cold himself but after the Crossover event Crisis on Earth-X, we discovered that Leo Snart was alive and well on that Earth and was a ray of optimism and happiness instead of the cold ruthless villain we all loved from Earth One. He is still as snarky as ever, but he makes his main purpose in the few episodes that he is in, to help the team work through their grief after Martin Stein’s death with the use of puppets, even going so far as to cut Mick’s access to alcohol. 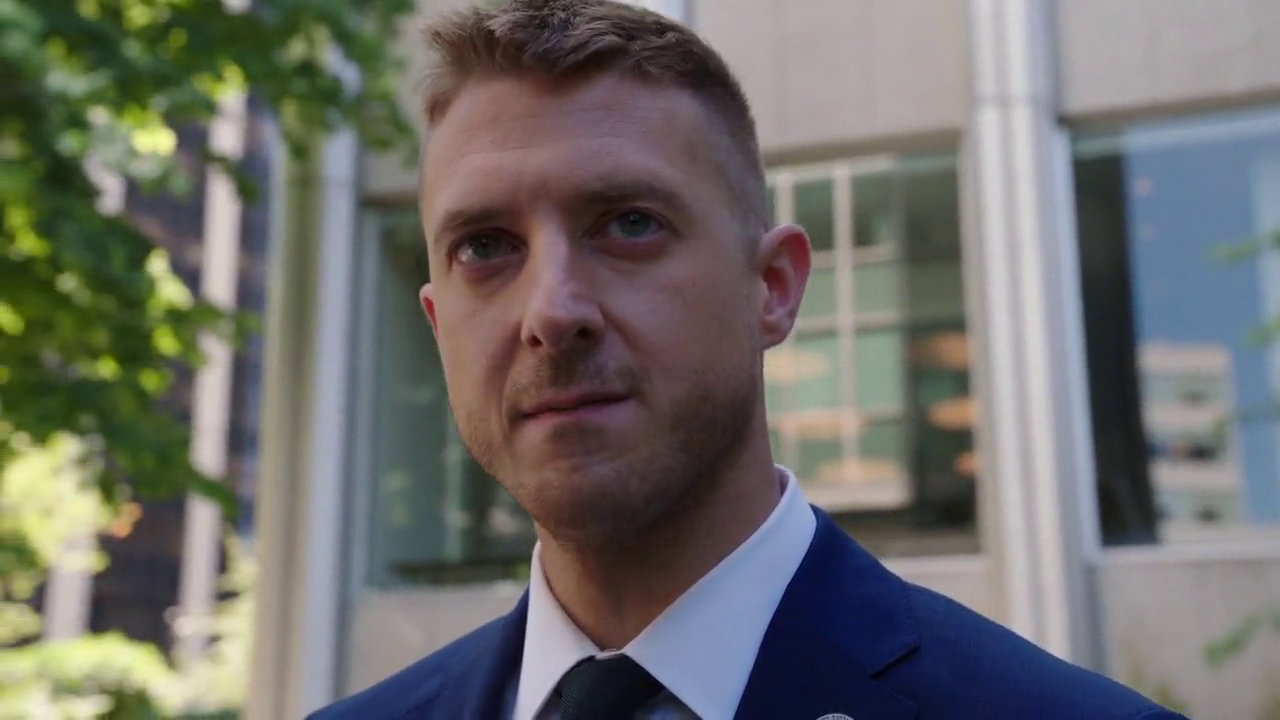 I think we can all agree that Rip is THE WORST! He kidnapped the Legends, told them that they are nothing, abandoned them to complete his mission, came back to abandon them again and turned against them, taking away the one thing he told them they would be remembered for. Oh and not to mention what he did to Ava! His sole job is protecting the timeline, however, he took it upon himself to travel back in time to take out Vandal Savage because he killed his wife and child, all while shouting about protecting the timeline at any cost and not changing anything in our Legends pasts. I did not shed a tear when he died, but he did sacrifice himself to get the Legends away from Mallus by blowing himself and a time drive up, so maybe that’s one good thing he managed to do. 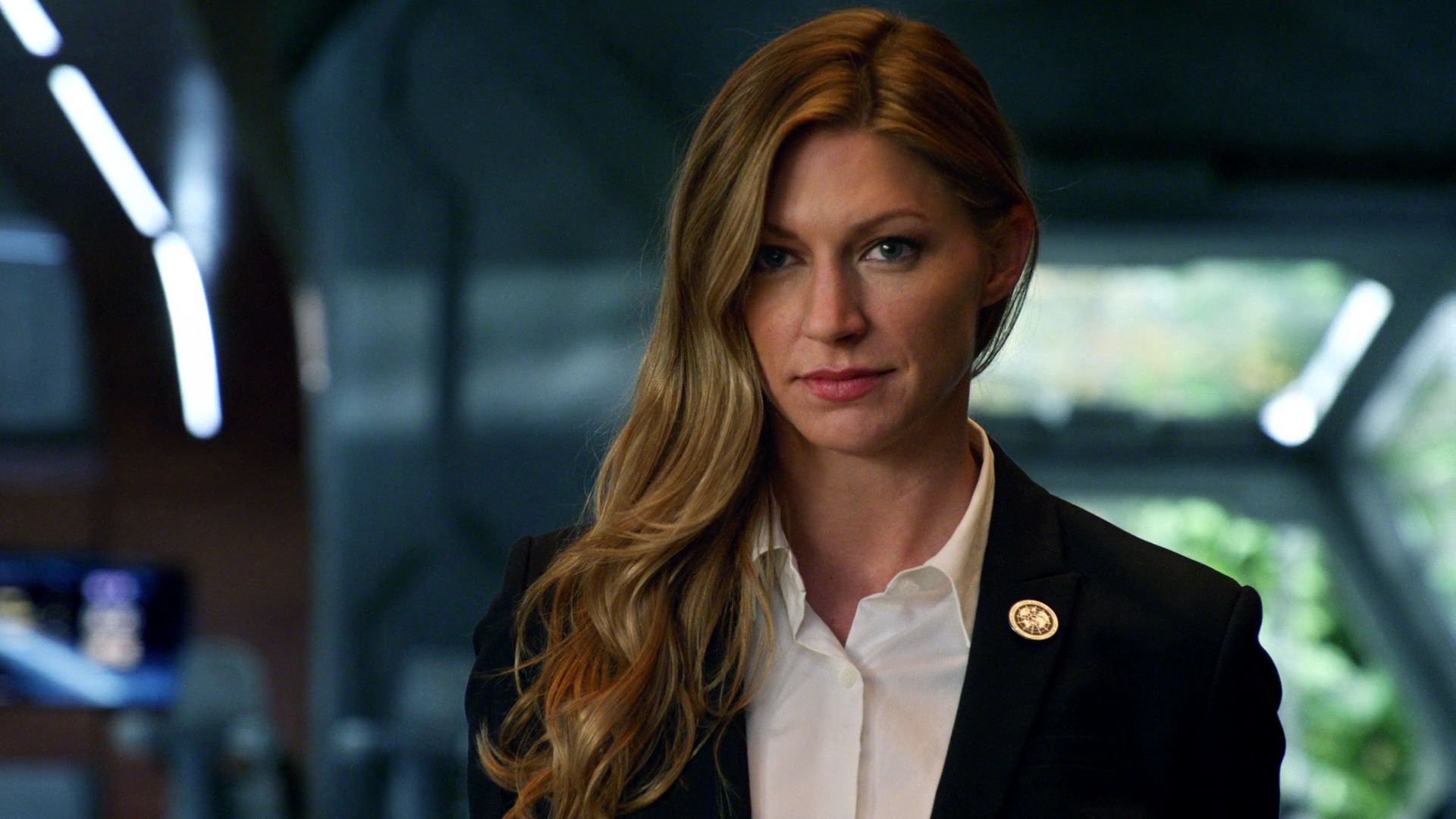 Well, this was quite obvious!

Well, if you follow me on ANY social media then you know that I loved seeing Jes Macallan on my screen again. I used to watch Mistresses, and loved her in that so why wouldn’t I love Jes Macallan playing a badass Tine Bureau agent who saves the timeline and kicks butt while doing it? After season 3 wrapped, it was announced that not only would we be getting a season 4 of this amazing show, but that Jes Macallan has been promoted to a series regular, and I cannot wait to see what her story brings us!

My butts fine thanks for asking Sara.

Strictly speaking, this one is from Supergirl, but I’ve included it here as it is from the DC Crossover event between Supergirl, Arrow, The Flash and DC’s Legends of Tomorrow. In the first episode of the crossover, our heroes are attending the rehearsal dinner for Barry Allen’s upcoming wedding to Iris West when Sara Lance and Alex Danvers meet, get drunk and have a one night stand (well not one maybe three). The next morning is rather awkward as Alex, in an effort to leave the room, falls out of bed and wakes up Sara. The next time they meet is outside the church where Alex is hungover and is with her sister, Kara (Supergirl),  trying her hardest to not remember the previous night when Sara turns up asking how she is after falling out of bed and forcing Alex to come clean to Kara.

You’d think that in an episode where we have the first AvaLance date, that would be it for me, but Amaya Jiwe as the Dread Pirate Queen taking on Blackbeard to obtain the earth totem was truly amazing! She saunters in, Maisie Richardson-Sellers uses her native English accent, and she completely destroys Blackbeard!  When captured by Darhk and the Naval Officers, she takes out the Kingsmen, frees Blackbeard and her team, and leads them all to get the Earth Totem. 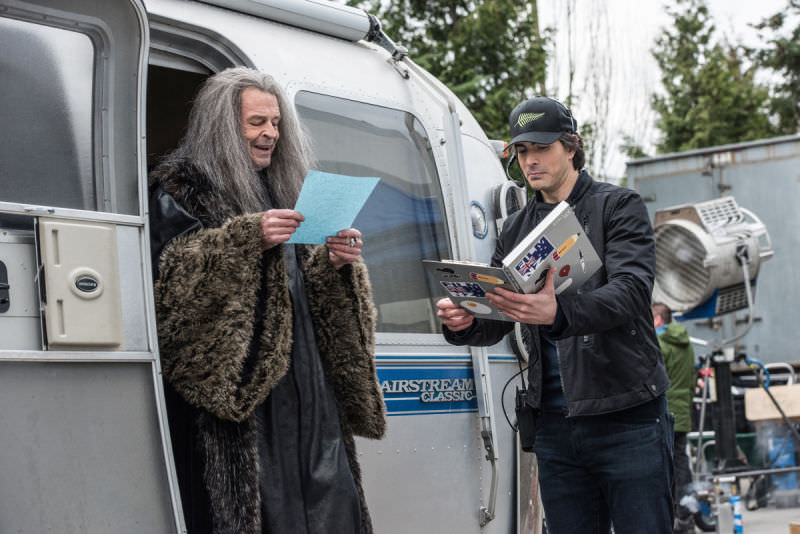 Hail, Denethor, son of Ecthelion, Lord and Steward of Gondor!

So I am a big Lord of the Rings geek and loved watching Fringe so, of course, I’m going to love the two minutes that we get to see John Nobel playing himself play Lord Denethor! Ray needs to trick Nora Darhk into thinking she’s hearing Mallus (voiced by John Nobel) and thinks that they sound similar, so time travels to New Zealand to the set of Lord of the Rings to record John Nobel saying a few phrases. That’s pretty much his whole role in the episode but the geek in me (much like when we had Tolkien in prior seasons) loved it to pieces!

Hedgehog Day sounds like it would be a cool movie in all fairness.

Is there a day that you’d like to repeat to change something? I’m sure there is, I certainly have some. What if you were doomed to relive that day over and over again for all eternity? Not so much fun now is it? But this episode is amazing! we get to see Zari finally embrace the help and love of the Legends and accept her place within the group. Not only that, but we learn that Mick likes to write Space Smut in his room on a typewriter, Nate and Amaya are too busy hooking up on missions to do any real work and  Sara is hiding in the jump ship to make a private call to Ava while doing a crossword puzzle, prompting Zari to tell Sara at the end of the episode to ask Ava out on a date. In between all of this though, we get a fun montage of Zari downing cans of whipped cream with Nate, playing in the wardrobe room, playing the violin and using a white card to subtitle the conversations which happen in every loop. We also got to see the human form of Guidion in this episode as she played Zari in a program to teach her that she needs the Legends help to save her brother. 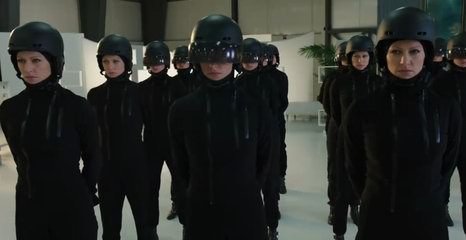 I never knew that there was anything better than Ava Sharpe but you know what, there is! It’s a whole world filled with Avas!  You got that right, our Ava Sharpe is a clone and in 2213 there is a whole world filled with her clones! (we will just forget that our Ava is the twelfth AVA Clone to be stolen, reprogrammed and given false memories by Rip because like I said, Rip is THE WORST!) Ava, once learning she is a clone, doubts herself and it’s up to Sara to remind her that yes, she is a badass and she needs to embrace that to help them get out alive.  It doesn’t matter to Sara that Ava is one of the Advances Variant Automations, and by the end of the episode, to pair are pretty much back together. 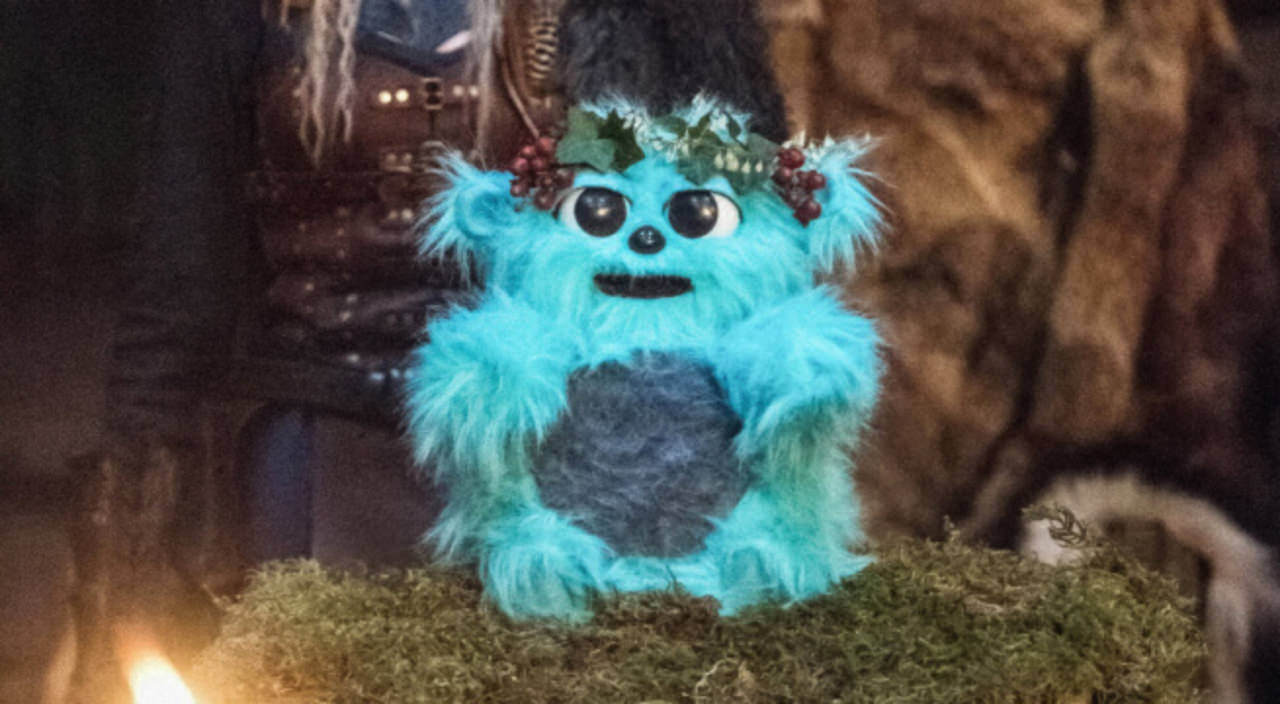 What can I say about Beebo? Well, Beebo is amazing! Who would have thought that a Christmas episode involving a toy store, a young Grey and a hoard of Vikings invading America would cause so much joy! Somehow the Vikings get a hold of the toy from a young Grey who has been displaced in time, think its a god and turn Christmas into Beebo Day. Beebo doesn’t only stay in this episode however, he makes another appearance in the season finale. After collecting all 6 totems, our Legends must join forces and defeat Mallus together. In doing so, they merge and become a GIANT BEEBO who fights Mallus off and defeats him with a giant hug as they hurtle to the ground before disappearing into a blue heart-shaped cloud of Beebo fur.

Last but not least… 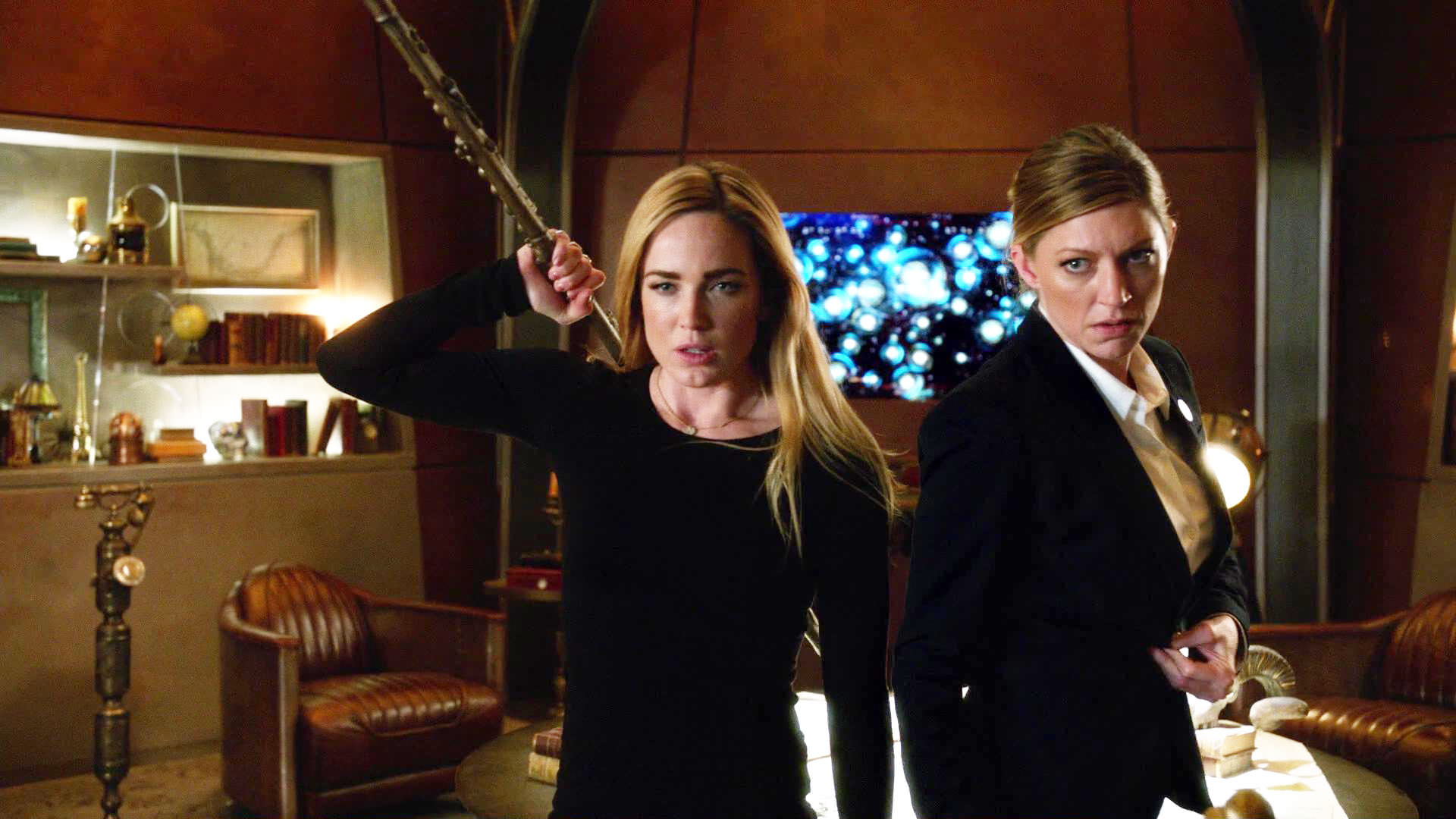 These two have added 10 years to my life!

Okay, I think this one was obviously going to be number one. If you know me at all, then you know that I ADORE AvaLance and I will go down with this ship. The two of them are just so perfect together. The slow burn of their love was brilliantly played out from the first episode when the team walked into the Time Bureau to steal back the Waverider to fix an Anachronism that they created, until the finale when Sara tells the team that she and Ava have plans later (Brunch anyone?). The pair works so well together. They have each other’s backs when fighting, they love each other unconditionally, even when one is a prior member of the League of Assassins and the other comes from the future and is a clone.

It goes without saying that any moment that included Sara Lance or Ava Sharpe, separately or alone, was my favourite part of the season. I just don’t have enough space or time to write out every single time they appeared on screen, but these two are amazing, together and individually, and I cannot wait to see more from them in season 4.

And there you have it! This list is just some of my favourite moments, and in a show filled with amazing episodes, it’s hard to choose just 10.