If you’ve been on our Twitter, Facebook, or Instagram, then you probably saw that there was A LOT going on today with Superhero Saturday at San Diego Comic Con. I have the low down with all of the big news, but we’ll start with the two panels in the title.

HUGE news came at the end of the day from Room 6DE. The panel opened with a montage video paying tribute to its fans: The Earpers. It didn’t stop there. We got an announcement that in 2019, Funko is releasing their line of pop vinyl figures. The video kept playing and SEASON 4 WAS ANNOUNCED! You can watch the video below and read the release from SYFY here

A special thanks to Patricia Ogura for taking over our Instagram Feed for the day and who captured this amazing moment for us all.

Ok. You all know I LOVE Supergirl, despite the fact it went off the rails a bit last season, but next season is going to be AMAZING! Check out the trailer below:

Not only did the trailer drop, but we got some pretty special casting news. We shared a tweet at the end of the season for an open casting call for transgender actors to play the role of Nia Nal. During the panel today, a special guest turned up. None other than Nicole Maines who has been cast in the role! We cannot wait to see what you get up to as TV’s first Transgender Superhero as Dreamer! You can read the full release here from The Hollywood Reporter. 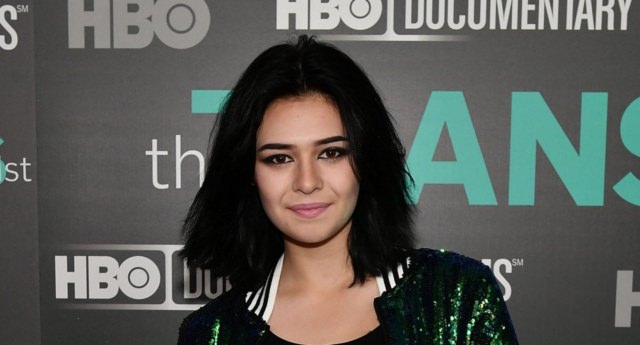 Welcome to the Super Friends, Nicole!

So now we will do a rundown of all the casting news and trailers from the rest of the DCTV block:

Casting news: Ramona Young joins the cast in the series regular role of Alaska Yu, a member of the Time Bureau. And Nate reconnects with his estranged father, played by Tom Wilson, aka BIFF TANNEN.

Casting news: Chris Klein is cast as the new Big Bad as Cicada.

Casting news: The Longbow Hunters will feature in Season 7.  Holly Elissa is cast as Red Dart, Miranda Edwards as Silencer, and Michael Jonsson as Kodiak.

Next, we’ll go on to the last from the DC batch from today for TV.

News: Season 2 is to introduce Lobo as the Big Bad for Season 2

Fantastic Beasts 2: The Crimes of Grindelwald

Despite only 3 and a half weeks of production, with a further 20 to go, Wonder Woman showed a short clip (unreleased to the public) highlighting an adorable moment with a young girl. Read about it here

The Lego Movie 2 also showed a short clip, but it is unreleased as it is yet to be finished. It was shared, however, that Chris Pratt will play a second character in the sequel. Read about it here.

And there you have it! Superhero Saturday was a LONG day from 10:30am in Hall H, to 7:45pm in Room 6DE, spanning 8 panels and many hours on Twitter (including a short stint in Twitter Jail for tweeting too much). We hope you all enjoyed the amazing news that has come out of today and last but not least…

When I say Wynonna, you say Earp