Do you love potatoes? I LOVE POTATOES! Especially licked potatoes. Episode 8 is what we have all been waiting for since the trailer dropped back in June when we saw a half of a second clip of a potato being licked. Who licked the potato? Was it Melanie? Was it a new character? Well, all was revealed with the entry of Robin in 304 and the identity of the mysterious potato licker was a mystery no more! Aside from potato licking, what do the fans think will happen in tonight’s episode?

I think that the person rising from the ground in this week’s promo is Constance Clootie. It looks like Bulshar is out on the salt flats where she was buried. – Emma 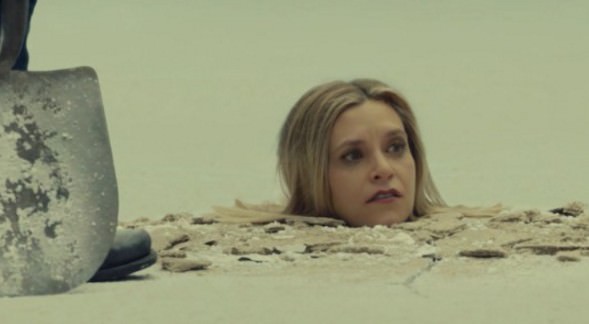 In the promo, Kate tells Wynonna that it’s because of Doc that she is a Vampire and that she wasn’t always one. What if, when she spent many years looking for Doc, Kate stumbled across  Constance Clootie and she turned her into a Vampire in order for her to find her one true love – Christine 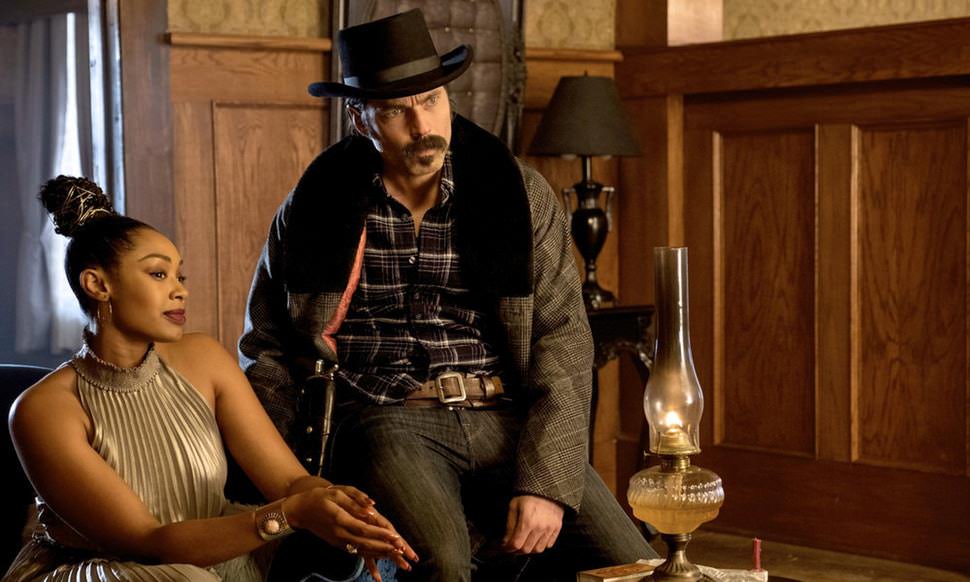 Waverly is in the barn. In the trailer, we saw that Waverly magicked someone halfway across the barn. What if in this episode we see more of Waverly’s angel side coming out and that she has some strange angel magic which helps protect her, like a strange mix of the Whitelighters from Charmed and the Shadowhunters – Meg 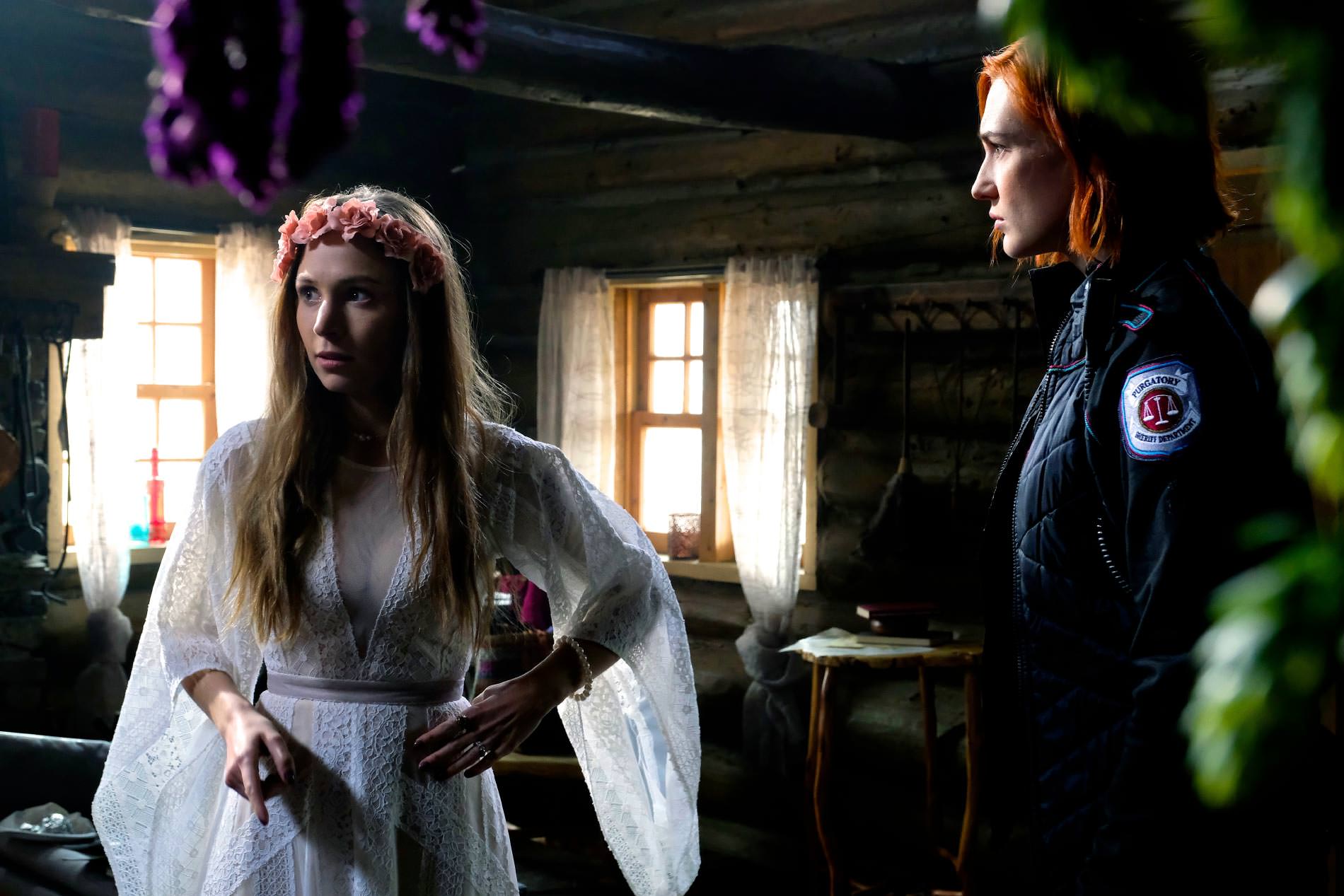 We already know its Purgatory Date Night, so what if, for some reason, Wynonna said she would cook for them all and she burned the food (we all know what happened with Wynonna cooking for Doc in 209) and the only edible thing left was the potatoes, and Robin decided to lick the last one so no one else takes it – Jo 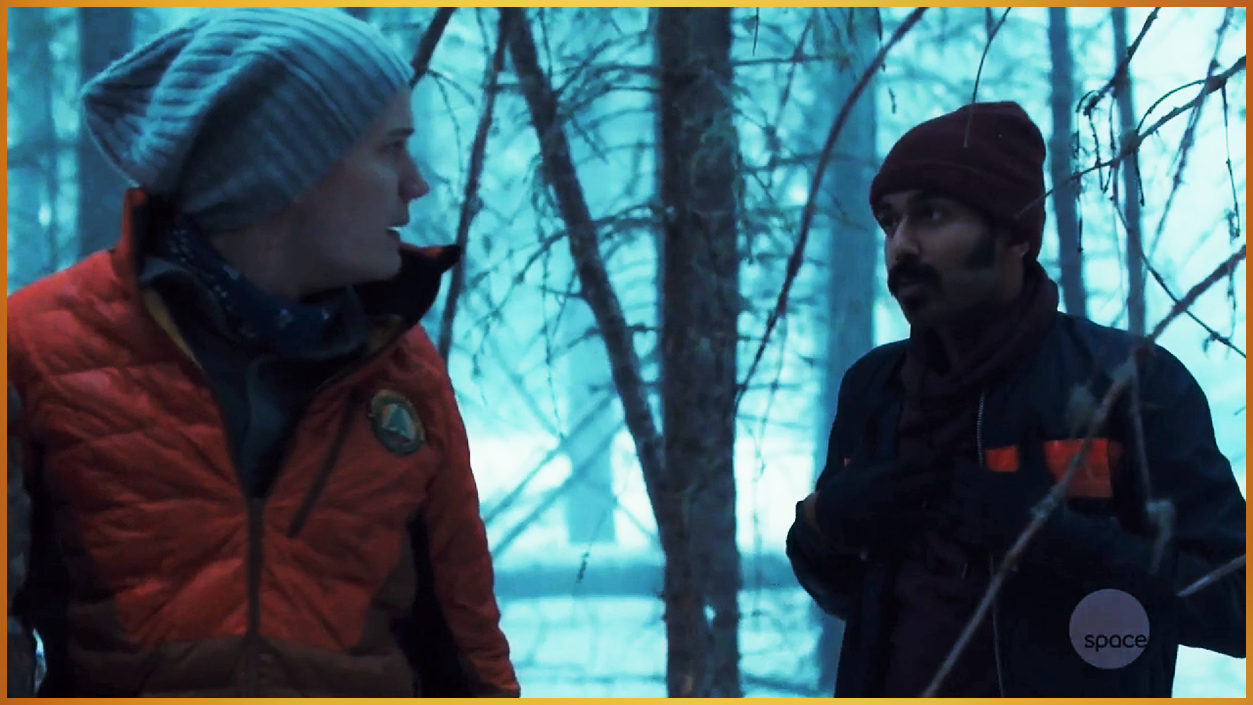 And that’s the fan theories for this week? All we know is that a potato will be licked, and I for one cannot wait. Can’t wait the short amount of time for the episode? Here, have a GIF of my own face licking a potato…you know for fun?