It’s that time of year when I have to repeat this quote on repeat to myself:

Everything is going to be fine in the end. If it’s not, it’s not the end.

It’s all going down in Purgatory this week. The Apocalypse is upon us, and there seems to be a little less hope than usual. I think I saw Homer Simpson out today. I’ve been shrieking internally, and I just finished my final pre-episode rewatch of the previous episode. I have a lot of theories, and I’m sure you do too. I’ve seen many on twitter this week, some which have caused my eyeballs to sweat, but let’s get on with our final Season three Fan Predictions (and hope that some of these are right!)

This one was submitted by two Earpers who had practically the same wording in their messages (seriously are you guys mind readers or something?)

Julian and Mama save the day by sacrificing themselves for their Baby Girl and the heir! – Christine

I think Julian is the angel in the greenhouse. Mama Earp will return and make a final sacrifice so her baby girl will live. – Jenny

Maeve is possessing Doc and is the one who catfishes Mercedes and is going to jump from Doc into DFK. Seriously, if this happens, I will be screaming at my TV because Mercedes cannot catch a god damn break! – Christine

This one goes out to various Earpers on Twitter. I cannot remember everyone’s handles who have been tweeting this, but you all made me cry with this one so I hope it doesn’t actually happen. But some of you think that Waverly is actually going to sacrifice herself and sit on the throne and turn to stone to save humanity from Bulshar.

Willa is somehow going to drag herself out of the pits of hell (as Waverly says shes resurrected someone like some kind of Lesbian Jesus) and rescues Waverly just as she is about to turn into stone #WillaDeservedBetter! – Jen

Another theory I have seen kicking around is that Waverly resurrects Charlie. He is the popular choice for resurrection. I mean, he does have a lawn to trim in the spring. I personally am not convinced that he doesn’t work for BBD, but I guess we’ll see, right?

In last week’s episode, Bobo mentioned the Devils Horn after saying the song had a saxophone while listening to Robin’s Jazz Music. After a 2-second google search, I found out that another name for the saxophone is the Devils Horn. Does this mean that someone will be playing the saxophone as the apocalypse goes down? (Bonus points if Dolly Parton plays the sax)- Christine

If Emily’s two truths and a lie from EarperConUK is to be trusted, either Julian shows up, Or Nedley has a huge decision to make.  We know that Nicole and Doc already have an interesting storyline. I think Kate won’t ultimately work with Bulshar but might look like she does for a minute. – Layla

In the trailer released today by Space, there’s a snippet of Nicole lying on the ground, hands over her stomach and covered in what appears to be blood. I think that Bulshar is projecting people’s fears to break them (like Barbas in Charmed) and Waverly’s fear is Nicole being shot and she isn’t able to save her. This would mean that Nicole is actually safe and fine and definitely not shot!  – Christine 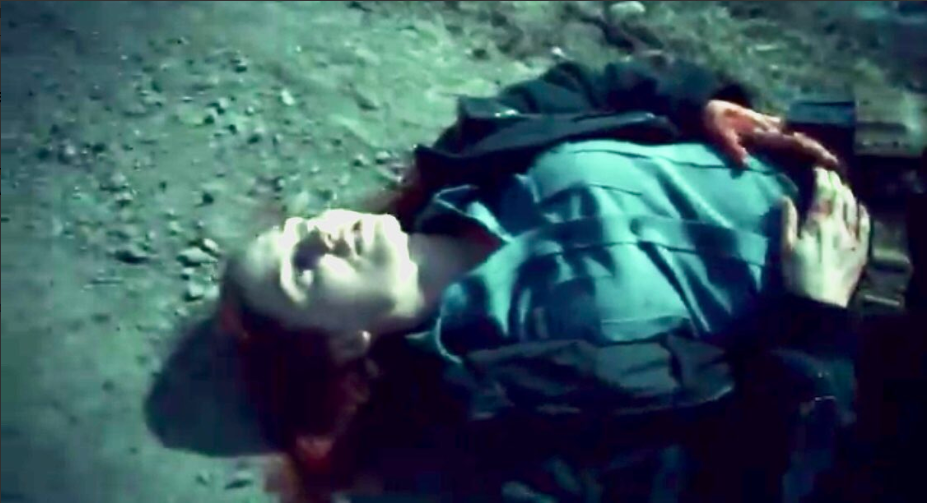 I haven’t seen anyone mention this article in a long time, but The Calgary Herald published an article on July 19, where they mention the following:

Most of the work on that sunny May afternoon took place in the dark depths of the Calgary Herald building, where a lavish and creepy banquet set was created in the abandoned paper-storage area not far from where the printing presses used to roll.

The scene will be part of the 12th and final episode of Season 3. We won’t give too much away on plot points except to say that this over-the-top Gothic decor and surroundings required Wynonna to sport an over-the-top, old-fashioned dress, which is uncharacteristic garb for someone who usually rocks jeans, a leather jacket and boots.

“I was in a corset and I could not breathe,” said Scrofano.

None of this has been mentioned in the run-up to the episode, so I’ve kept this one under my belt for a while. Also in one of the trailers, we see Wynonna and Mercedes walking up the road in the middle of Purgatory dressed to the nines, followed by what I can only assume is the town people. What if Bulshar ‘invites’ them all to a final supper of sorts before the Apocalypse begins? – Christine

Everything will be alright. Ok, this isn’t really a theory, but it kind of is. We all trust Emily, and we know that she is going to make us feel ALL the things, but has she ever let us down? NOPE! Think back to the quote at the beginning, if i isn’t alright, then it isn’t the end. When the hour is at its darkest, we must remember to see the light OK, this is paraphrased from Lord of the Rings, so I’m going to drop the full speech here like the geek I am. 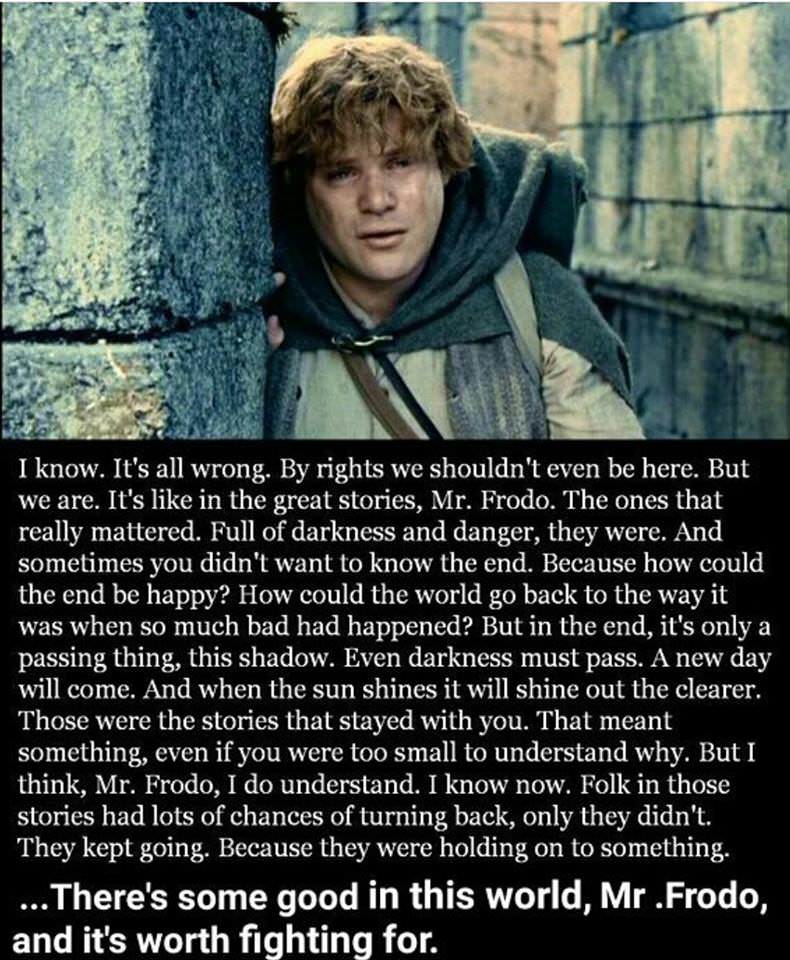 And that’s it from me. What a season this has been! It’s had so many twists and turns, and I do not want us to go to hiatus. But here’s to an amazing season by an amazing cast who deserve all of the awards. Here’s to Emily and her writing team. Here’s to all of the crew who worked their butts off in Calgary during the winter to bring us an amazing show. Heres to my fellow Earpers, who have made the last year one of the best. And last but not least, here’s to SEASON FOUR! I’ll leave you all with this very important video taken during SDCC by Patricia during her Instagram takeover. Over and out Earpers! See you all on the flippity flop!