Happy New Year to all of you! I know, this is later than usual, but a new year means a slightly new upload schedule so we are pushing back our monthly Fanfiction round up to the last day of the month!

This month, I’m doing something slightly different, and I am going to do a rundown of some of the fics I want to read this year, a FanFic New Years Resolution if you will. Some of these will be old favourites, some I started to read and maybe didn’t finish, and some will be brand new ones, so let’s get started!

You would think that with all of the Supergirl fanfic I read, I’d have run out by now. Plot twist! I am nowhere near close! Heres some of the fics I will be reading this year. 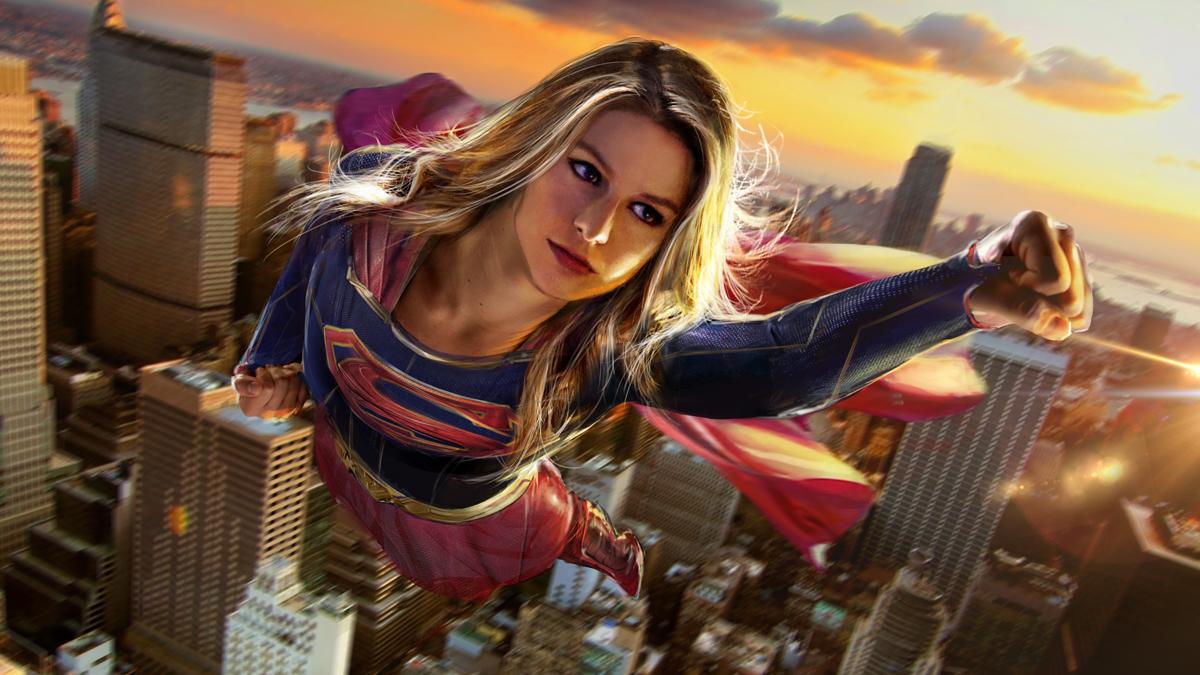 My Own Hero by shanzsway07 is a story that I started to read over a year ago now but fell behind on because…well life. Here is the summary:

The SuperFriends are having a well deserved break when Shit hits the fan and a new threat disturbs the peace.

Lena reveals a part of herself to them and things change drastically. She’s a lot more than meets the eye. She’s part of a whole new world. There’s a reason why she’s not like the rest of her family.

Lena and her Childhood best friend, Reign, Who is awesome and adorable and badass, lead double lives like the Super friends. When a new threat arises they must work together to stop it while dealing with new feelings and their pasts.

With 275,863 words across 56 chapters, this story is complete. I feel like there is no time like the present to restart this. I give myself maybe a week tops to read it once I start.

The next Supergirl fic I want to continue is The Implications of Your Heartbreak by FlyingPigPoet. This fic steers away from Sanvers (one of my OTP’s) but explores Valex/VasVers aka Alex Danvers and Susan Vasquez and is a pairing I really started to enjoy. I remember reading this fic and starting on its sequel, The Implications of Compulsory Heteronormativity & Its Superhero Backlash, but I stopped for some reason. Maybe the large chapter count intimidated me. I don’t know. Between the two of these, there are 385 chapters so this will be an epic undertaking for anyone willing to take this on, but I’m willing to give it another go!

The last Supergirl fic I will add is a new one. Giant by coeurastronaute is one I stumbled across on a friend’s Twitter account a couple of days ago. Its synopsis reads:

Kara and Lena meet in high school, but then life.  Lena leaves and they meet up again, this time as Supergirl and Lena Luthor.

This synopsis reminded me of another one of my favourites, so I figured that I should give this one a try. You all know I am a sucker for Supercorp by now.  Standing as complete with 20 chapters, I feel this will be one I can make my way through with ease and I hope it also becomes one of my favourites.

So for the next one, I looked at one of my all-time favourite shows which got a reboot this year – Charmed.

On Ao3, there is a sad amount of 75 fics in total at the moment (well it has only been out since the middle of October, so I can’t expect too much yet) and I’ve found one I really want to read this year. reasons we should be complete by trashyeggroll is a work in progress and has four out of ten chapters under its belt as it stands and a little more than 34.5k words.

Post 01×05 “Other Women”: A series of mysterious homicides and unfortunate coincidences bring our favorite intrepid detective and Charmed Ones together again.

Nobody accounted for the way everyone knows everyone in a college town LGBTQ+ community.

I cannot wait to sink my teeth into this one this year! One of the ships mentioned is MelKo and these two own my whole trashy heart.

For the third series for my wish list, I’ve chosen one from another all-time favourite TV shows, Warehouse 13. 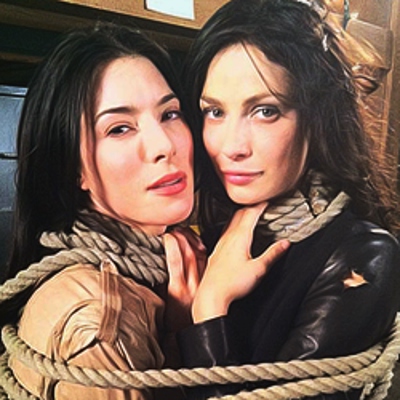 Yup! I’m looking into a BeringWells fic. Reset by scotchplaid has been completed now for a little over one year and contains 215,989 words, a sizeable chunk for anyone and explores one of my favourite ships which sadly never set sail.

Set several years after the end of Season 5, this fic sees the return of H.G. Wells to Warehouse 13. The Warehouse and, by extension, the world is under threat, and H.G. is the only one who can save it. However, in order to set the world right, she has to fix all that has gone wrong in her life, starting with Myka . . . .

I’ve been wanting to do a rewatch of Warehouse 13 for some time, and I think that this one will get me back into the right mind space for it.

For the last fic that I want to look into, I want to jump to a book series that finished last year. 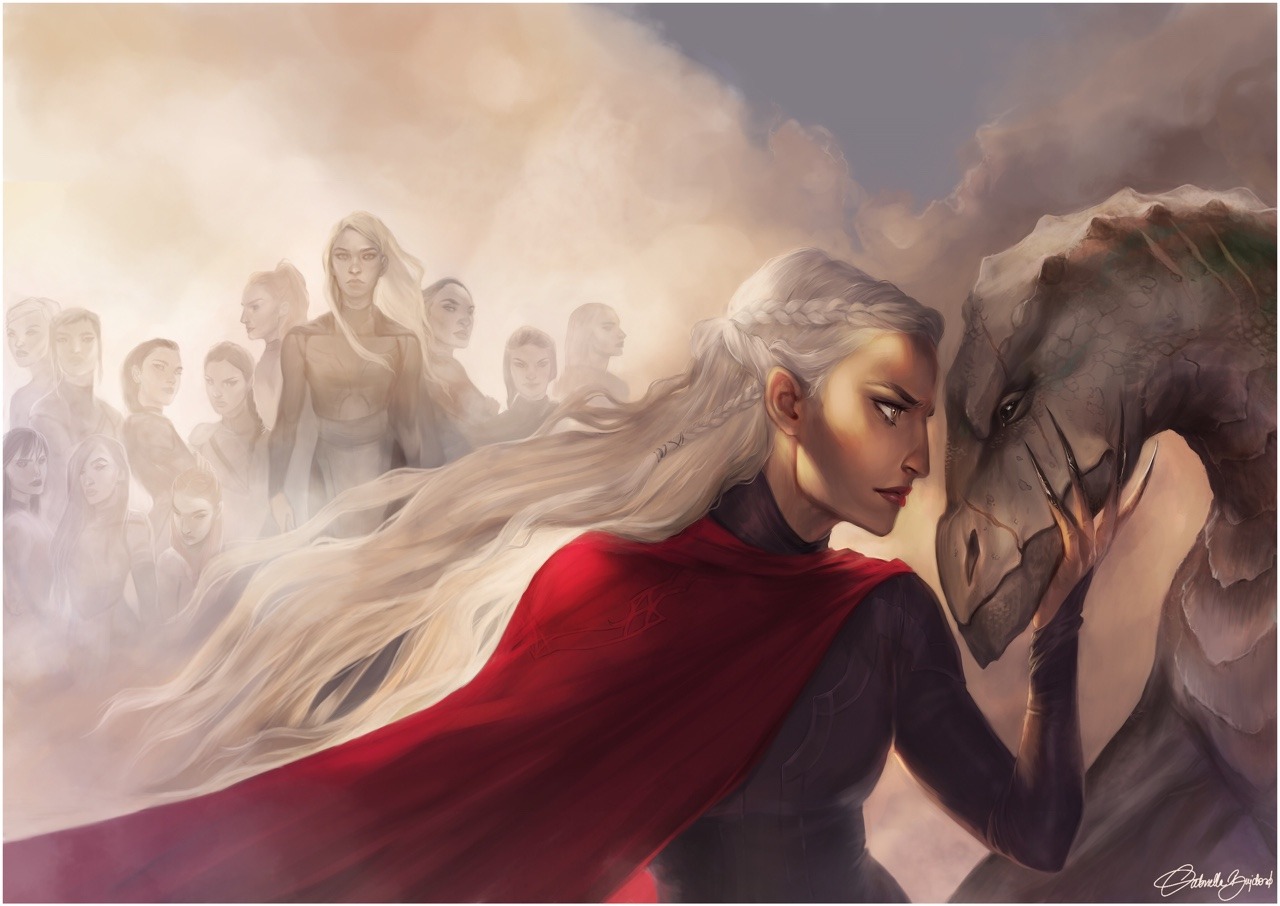 Yes, you guessed it. I want to read a fic about Throne of Glass series by Sarah J Maas. Unmade in the Darkness by firedancer34 studies some of my favourite characters from the series, The Thirteen. Manon Blackbeak is easily one of my favourite literary characters of all time, and I really feel that she was given such a bad deal in the final book that I want to read anything and everything about her (but just not her with Dorian, she deserved so much more!) The summary for this story is as follows:

What started as a series of one-shots has now evolved into a full blown plot within the plot story: Manon Blackbeak finds herself intrigued enough by Elide Lochan’s blood and cunning mind to take on the added responsibility of claiming the halfbreed Witchling as one of her own to protect her from her monster of an uncle. What starts as a quiet conversation in the dark that first night Elide stays in the Wing Leader’s room, progresses into a bond that will carry them through all the trials they will face both together and apart, as they fulfill their roles in the coming war against the darkness that threatens to consume all.

A slightly AU version of the book which features all the scenes (according to my hc) that we didn’t get to see, because I love our Thirteen and am having fun doing a little bit of character development on each of them as I go. Also ‘ships that don’t exist in canon are happening here folks.

I want to dive into this feet first with all of my heart to see more of one of my faves in action again. I love Manon with all of my heart, so much so that in the last season of GBBO, I rooted for Manon simply because she shared the same name as this great character.

Anyway, these are some of the stories that I want to re-read, continue reading or read for the first time this year. If there are any that you want to share, please do not hesitate to reach out on any social media channel we use for it to be featured in next months round-up.