I stumbled across this quote not too long ago and I’ve been holding onto it for a while now, so I thought I would share it all with you at the beginning of this new Fanfic round-up for May

“Fanfiction is what literature might look like if it were reinvented from scratch after a nuclear apocalypse by a band of brilliant pop-culture junkies trapped in a sealed bunker. They don’t do it for money. That’s not what it’s about. The writers write it and put it up online just for the satisfaction. They’re fans, but they’re not silent, couchbound consumers of media. The culture talks to them, and they talk back to the culture in its own language.” ― Lev Grossman

Now that that is over with, its time to give you some more reading material for the month ahead! 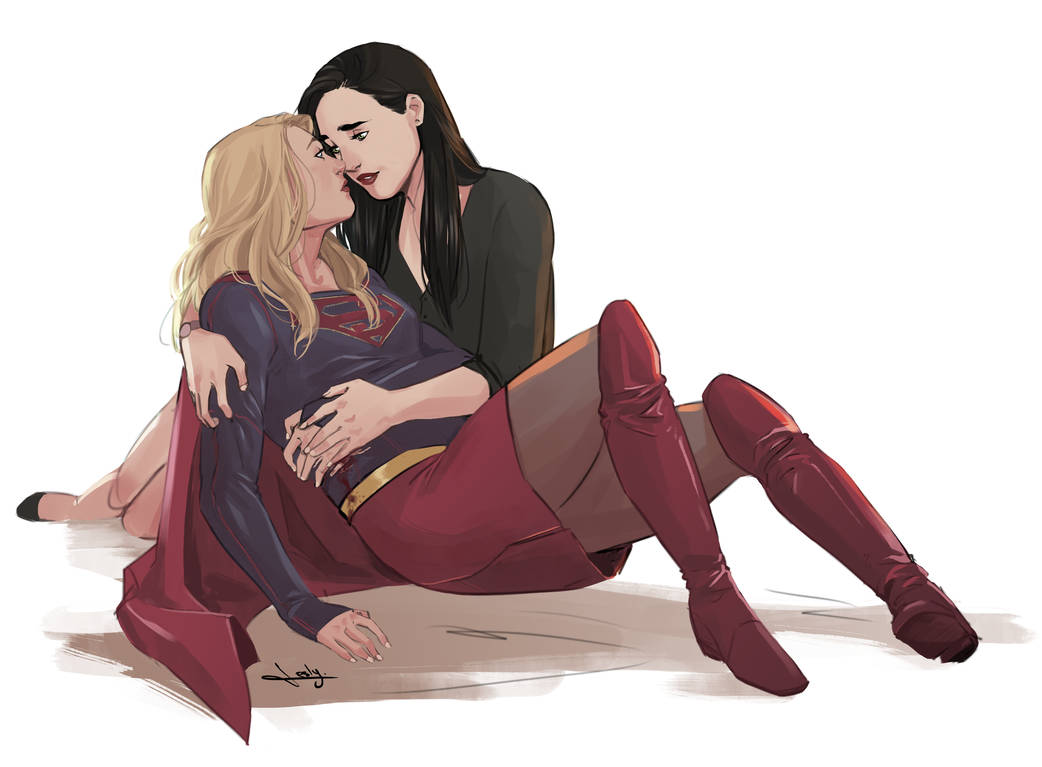 Artwork: The role reversal by lesly-oh

Let’s start with Supergirl this week, as we usually do (why break with tradition?). Mercy by Rykeral is a fic I discovered quite a while back but recently redownloaded to my phone. It has such a slow burn and shows Lena as such a grey character who loves motorbikes (seriously she would get on so well with Alex) and has her own private lab facility.

She was The Girl of Steel. Kara Zor-El of Krypton, the last true Kryptonian. She was bullet-proof, capable of defying gravity, and stronger than any human had the right to be. She was an Alien. Heralded by some as a hero, a beacon for hope, and feared by others as the harbinger of extinction for humanity’s freedom. Capable of carrying a plane, of seeing through walls she was as unyielding as time, as unmoving as mountains. But even the mighty Titan’s knelt to the God’s and all it took was a human to bring Supergirl to her knees. A human by the name of Lena Luthor. And five little words, “Lena. Will you marry me?”

It’s been a while since we had a Carmilla Fic. I’m still trying to find one of my all time favourites that I read around two years ago (it got lost somewhere and it breaks my creampuff heart that I can’t find it) but I found this one during my search, and it is one I think you should sink your teeth into.

Hall of Mirrors by This_Is_A_Good_Sign seems to be another popular one with you Fanfic readers.

Laura Hollis is a bookstore worker, trying to fight the demons in her brain. Her friends are always there, but it isn’t until the new hire comes where she starts to realize how important of a person she actually is.

34157 of you have read this fic, which contains 27 chapters and 1153 of you have liked it enough to give Kudos. Remember, giving Kudos is good for the authors and makes us all feel good! 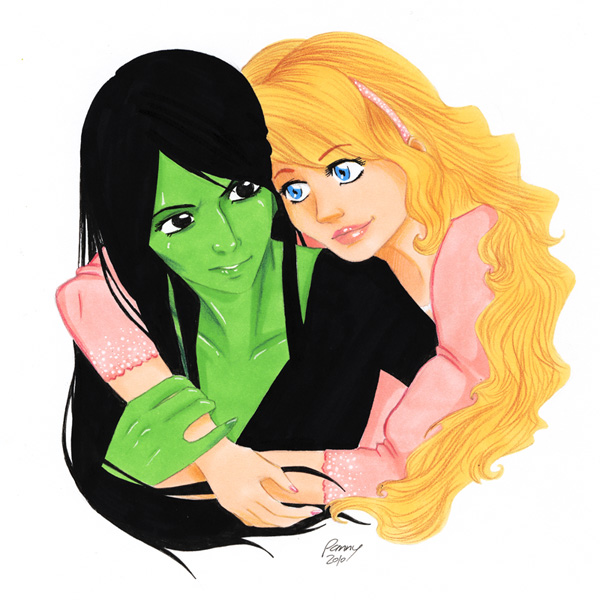 Ever since buying a piece of artwork at Clexacon for Wicked, I have been on the hunt for a Wicked fanfic I could love as much as the book. Survival and its sequel Resistance by GretchenMaurice is that fic.

Elphaba just wants to live her dream of studying at Shiz. Galinda just wants to be the most beloved girl at the school. Meanwhile, terrible things are happening in Oz, starting with the Animals. Their lives are about to change, but how are the girls going to deal with the rest of the world if they can’t even survive each other? Eventual Gelphie.

Between the two, they have over 300k words and almost 3700 hits. Resistance has been complete since 2017, so if you are looking for a fic to read that you don’t have to worry about waiting on chapters or realizing that it hasn’t been updated in three years, then this is the series for you! 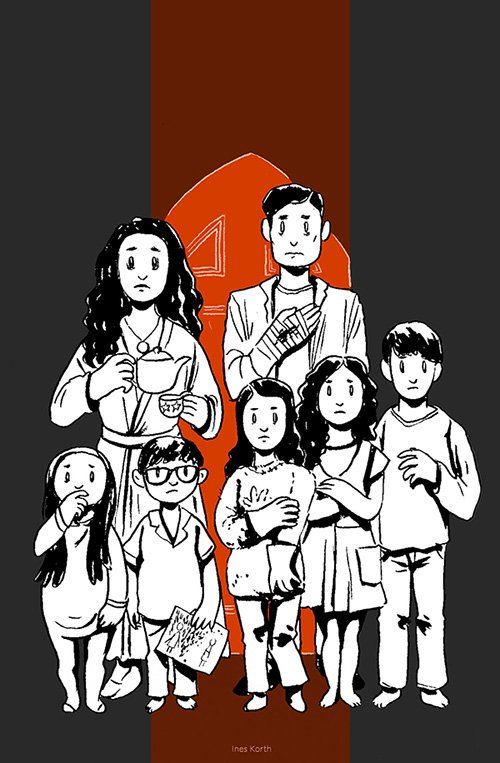 We’re going back to The Haunting of Hill House for this one. Heirlooms by StainedGlassSpecs is up next. I know what you are going to say when you read the synopsis, I said the same.

A year after their last confrontation with Hill House, the Crains are still relearning how to be a family. In some ways, it’s better – Luke’s clean, Theo’s engaged, and Shirley’s marriage has no more secrets – but their father and sister are still dead, and Steve is more distant than ever.

When the youngest member of their family starts to present with some very familiar abilities, they soon realize that their problems did not start with Hill House, and they are certainly far from over.

Yup! I said it too! Can someone please give Luke a hug, protect him and give him a break! You all know I love any excuse to rewatch this show to get my Theo Crain fix, and I somehow think some of you think the same, more than 7000 of you to be exact. Please join us in reading this fic in The Red Room with our cup of stars. 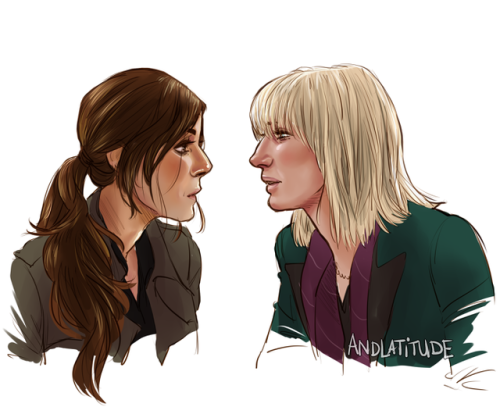 Yup! We are visiting Debbie and Lou for this last one! Ocean’s 8 1/2 by Kailee008 is just one of thirteen fics that this author has written for the Oceans universe.

Debbie Ocean and Lou Miller’s story after Ocean’s 8. Life is quiet, simple and good. But for the heist wives it’s too mundane, even with just about all the money in the world the two are getting the itch. Not quite a heist to the scale of adding a 9th person, but they’ll call this Ocean’s 8 1/2.

More than 10k of you seem to like this fic which is still ongoing. It currently has 38 chapters and more than 115k words. It is a really sweet fic exploring the family dynamic of the group, and giving us the Debbie/Lou love story we so truly deserved from the movie!

So there you have it. Five more fics, think that is enough to keep you going for the next 30 days? That’s one fic every six days. I think you can get them all finished before our June Fanfic round-up! As always, if you have any fic recommendations, send them our way and remember: