It has been a jam-packed 365 days from SDCC last year until now and we are bringing you more coverage this year than ever! Am I mad? Yes. Will I die of exhaustion at the end of the weekend? Quite possibly. Will we have a ton of fun learning all about our favourite shows and movies? Absolutely!

Like I said, we are stepping it up for this year to cover a total of forty-seven panels across four days at SDCC so you can expect to see a daily round-up of everything we are covering on our Twitter just in case you miss anything. If you want immediate updates, please follow us on Twitter as I will be manning the decks all weekend. If you were eagle-eyed this morning (last night? time zones confuse me) then you already know what we are covering today. We did do a minor adjustment midway, but after a six and a half hour shift, we have your round-up of five panels. It was supposed to be seven, but two of them were smaller panels and we could not find anything at all on Twitter for them, but we made do with the five big ones we got! 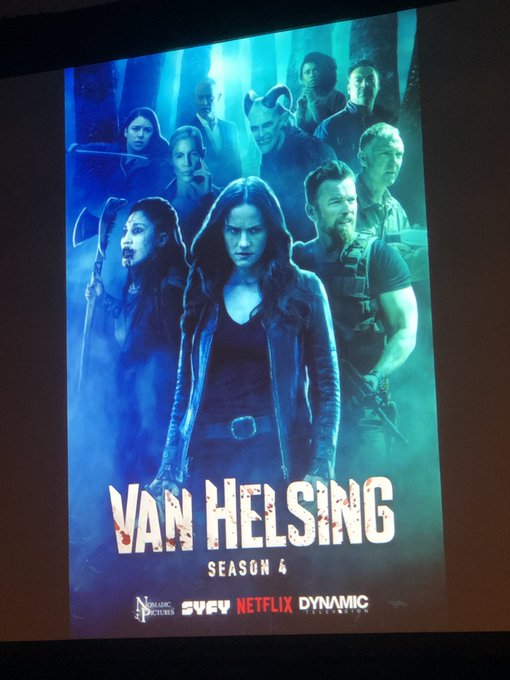 We learned a lot from this panel concerning new cast members. The panel started with a preview from the new season, season 4, set to air this fall followed by a Q&A with the cast. Both Kelly Overton and Neal McDonough both called in to join the panel as they could not be there, but what did we learn?

Tricia Helfer, Neal McDonough, Richard Harmon, Nicole Muñoz, and Keeya King will all be joining the cast this year with Christopher Heyerdahl coming back as Sam. A big surprise in the form of WWE’s Big Show joining the cast also. Tricia Helfer will play Dracula with Neal McDonough playing the role, as he stated, the ‘Bride of Dracula’. Muñoz and King will play the roles of Jack and Violet respectively. 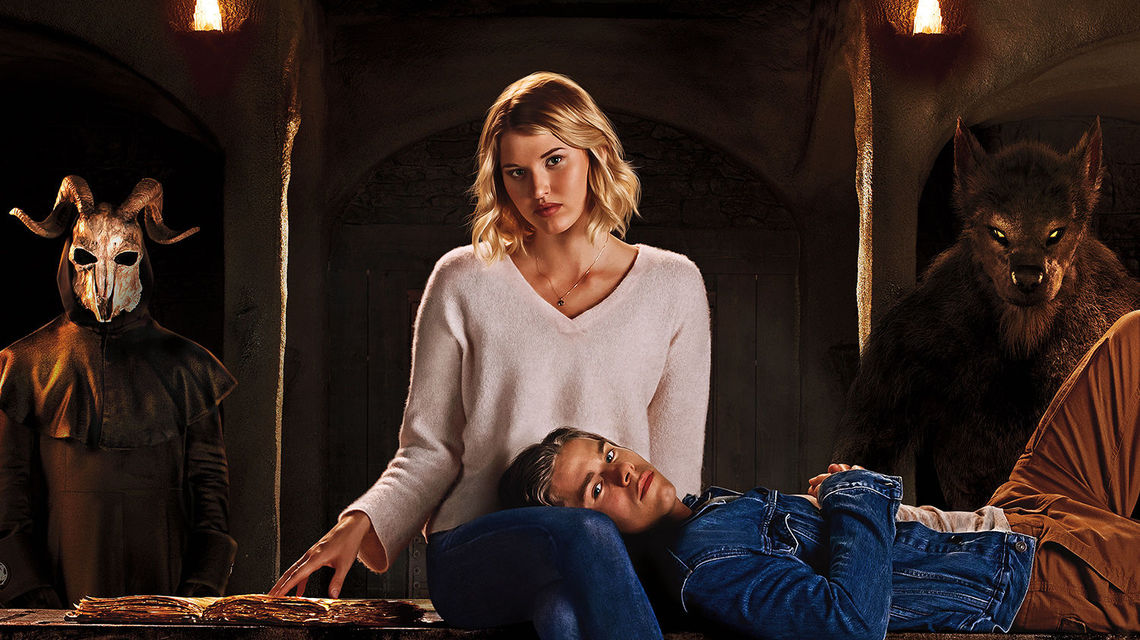 While Season 2 of this series is yet to start filming in earnest, through a live read of scenes from one of the two scripts which have been given to cast members thus far. We received a teaser which seemed to be filled with werewolf drama and blood from newer members and is following on from the violence seen in season one. Attending the panel were stars Jake Manley (via facetime), Sarah Grey, Adam DiMarco, Devery Jacobs, Thomas Elms, Katharine Isabelle, and Louriza Tronco who were joined by executive producers Chad Oakes, Michael Frislev, Heaton, and Eriksen. 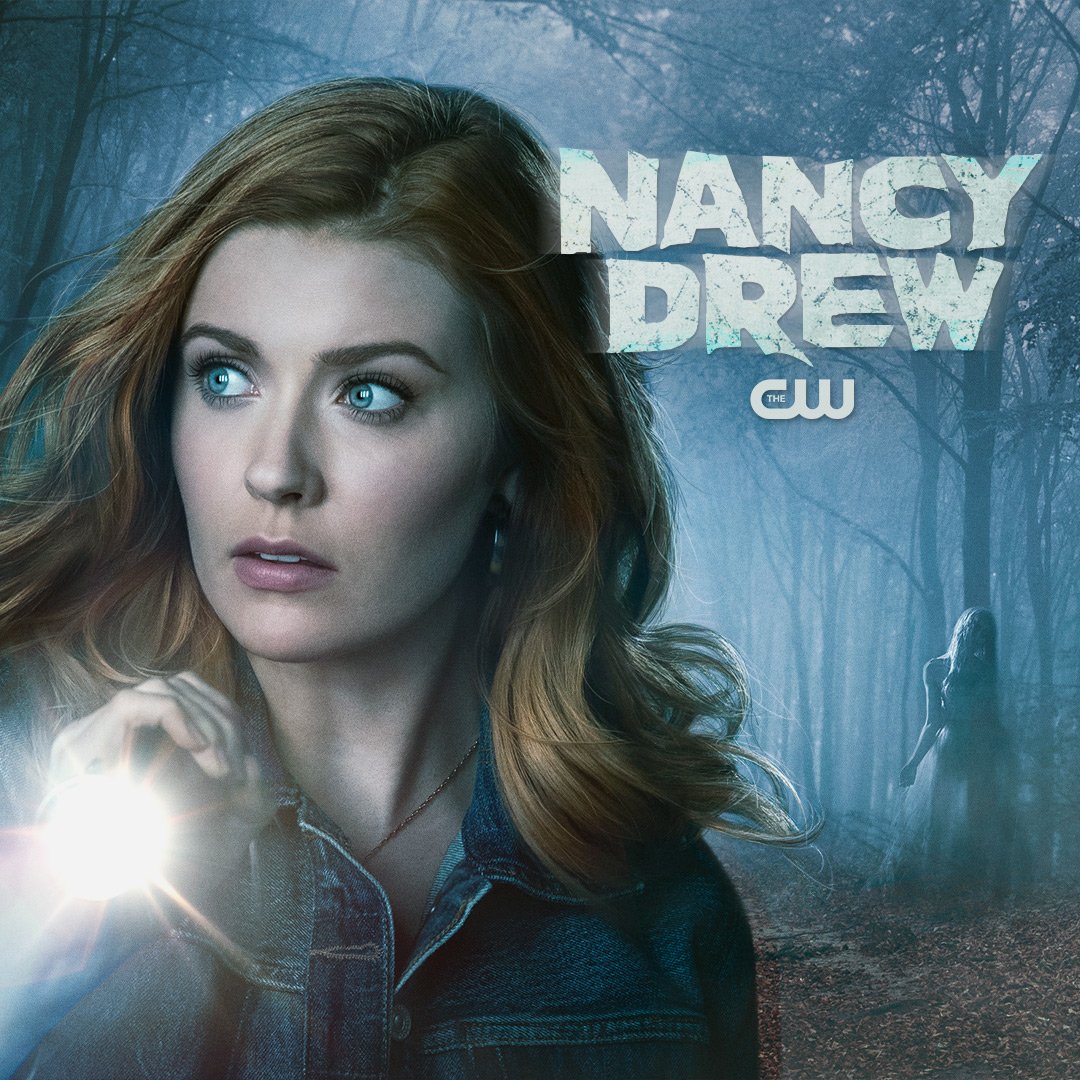 During last nights preview night, Nancy Drew aired for the first time and then aired again today during a longer panel followed by a Q&A. We were following along to see reactions and to get more information. The pilot, which airs on CW starting October 9 ends on what appears to be a cliffhanger and hosts a supernatural and gritty feeling (from what we are reading anyway). Not only does it boast an all-female executive producing team, but it also hosts a diverse behind the scenes cast.

Set in Horseshoe Bay, the show will focus more on the relationships whereas the original source material, the books focus on the action and mystery. Nancy Drew is a more grown-up and mature Nancy than we’ve seen previously, and the original Nancy Drew, Pamela Sue Martin will join the cast as  Harriet Grosset alongside Kennedy McMann, Tunji Kasim, Alex Saxon, Leah Lewis, Maddison Jaizani, Scott Wolf and Riley Smith. The series won’t focus on any particular book and will intertwine the mystery and be filled with lots of easter eggs for fans of the books to look out for. We’ve already added this one to our list for the fall! 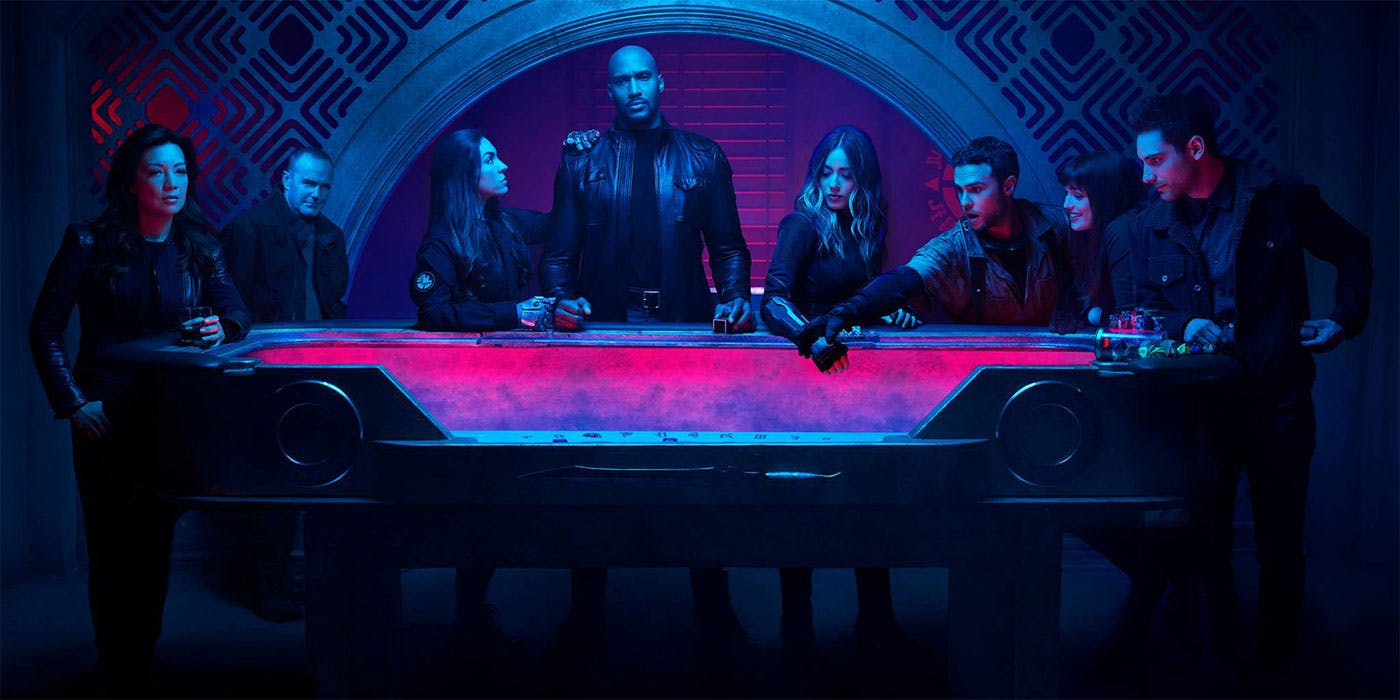 It was announced earlier today, hours before the panel, that Season 7 of this beloved superhero show would be ending after its seventh season. A packed Hall H was joined by the entire cast in what is being seen as a celebration of the show with a walk down memory lane. A sizzle reel of all seasons to date was shown with the cast commenting after each. We learned that the series finale will be filmed right after SDCC with the final table read taking place on the Monday before SDCC. Inside of the scripts for the final read-through, there was a secret surprise for each person in the form of a call sheer from the very first episode.

Understandably, the entire cast was reminiscent of their experience on the show in what could very well be their final ever SDCC panel. They discussed casting and experiences filming various scenes throughout each season taking a pause in between the reels for each season. While reminiscing Jed Whedon stated, “We are going through what the characters are going through and this is our very last mission together.” It is a show we will be very sorry to see go, but at least we learned from Jeph Loeb that the fans will receive “the ending you all deserve”. We may even have a spin-off comic book series about Quake and Simmons’ adventures in space to look forward to and the cast all agrees that season seven will be the best yet. The panel then closed out with a trailer for the end of season six.


A surprise straight from #MarvelSDCC! There are FOUR episodes left of "Marvel’s #AgentsofSHIELD" Season 6, and we’r… twitter.com/i/web/status/1… 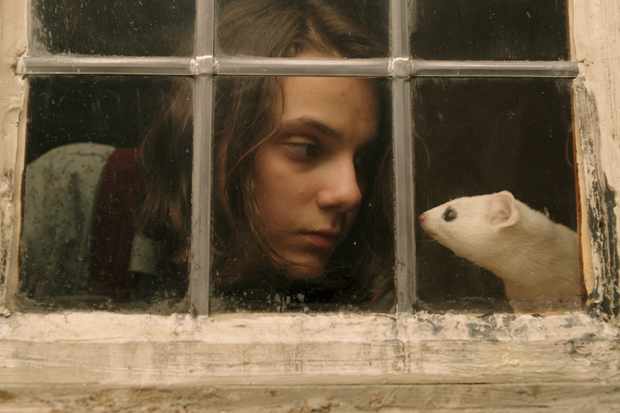 via HBO and BBC
Introducing this panel is the words “imagine a world where your soul lives outside your body” with producer Jane Tranter, writer Jack Thorne, and actors Dafne Keen, Ruth Wilson, Lin-Manuel Miranda, and James McAvoy all present. The brand new trailer for the HBO BBC series was shown before the panel itself got underway. EP Jane Tranter stated she “felt it was time” for this book series to receive justice in a medium which suited the story. After 46 drafts, the pilot got its tone right in time for its release later on this year. The producers wanted to create a show which would appeal to both adults (in its feel) but should also appeal to children, just in the way that the books do.

This is a series we all know a lot about, with the books as well as the 2007 movie based on the first book of the series, The Golden Compass, so there isn’t really too much we can learn  in terms of information apart from the look and feel of the series but from what I can tell from the trailer, they’ve got this one right!

A couple of things were revealed though. James McAvoy announced that his snow leopard Stelmaria is voiced by Helen McCrory and not even halfway through the panel, that yes, there IS a season 2 in the works!

Who is willing to fight for truth and freedom? Based on the global best sellers, #HisDarkMaterials starring… twitter.com/i/web/status/1…

Today was actually a ‘light’ day for coverage, just enough to ease us in for two busy days ahead. Here is our schedule for tomorrow of what we hope to cover, day job permitting. We look forward to you joining us then!

10:15am: DreamWorks She-Ra and the Princesses of Power,  a Netflix Original Series