I finished watching Crisis. Then I watched it again. I still had questions, in fact, I had even more after my second viewing, so I figured why not share my ramblings with the entire world on a public platform and see if anyone else thinks the same or if I am just some crazy Fangirl with way too much time on her hands.

Some background first though. Crisis in Infinite Earths is the CW’s sixth crossover for the Arrowverse shows. We’ve had Flash vs Arrow, Heroes Join Forces, Invasion!, Crisis on Earth-X, Elseworlds, and now Crisis on Infinite Earths the culmination point and is being called the ‘Endgame’ of the DCTV Universe in its scope and storytelling. Both left me with many questions, but at least I can hopefully start to get some answers soon with the return of the regular programming

1) If we can get Ezra Millers The Flash, can we get Wonder Woman? 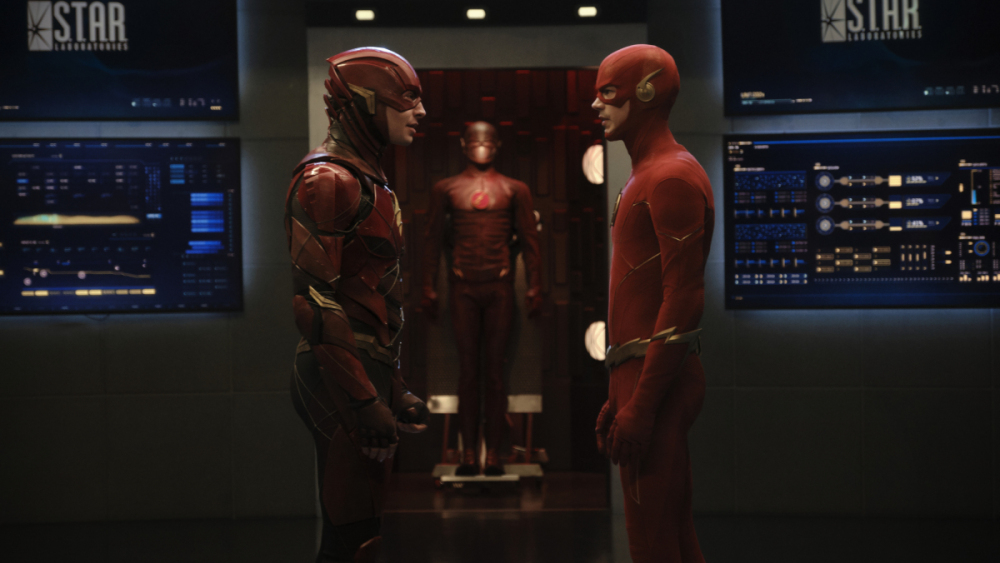 Well, this is a little awkward. Who is going to tell Iris?

It’s no secret that I ADORE female superheroes as it gives me more role models to emulate. None more so that Wonder Woman. When Batman Vs Superman: Dawn of Justice came out I went along solely for Wonder Woman. I went opening night to see Wonder Woman and ended up with chills. I again went to see Justice League simply for Wonder Woman. When Ezra Millers The Flash turned up in the Speedforce my first question was ‘Where is Gal Gadot?’ And I’m sure it was a question many of you had as well. Is this Justice League still on another Earth and if so, will we ever get a team up to further tie in the Movie franchise with the TV franchise?

2) If Earth one and earth 36 merged, are all the doppelgängers walking around in the same city together? Do they meet each other for coffee? Cinema dates? 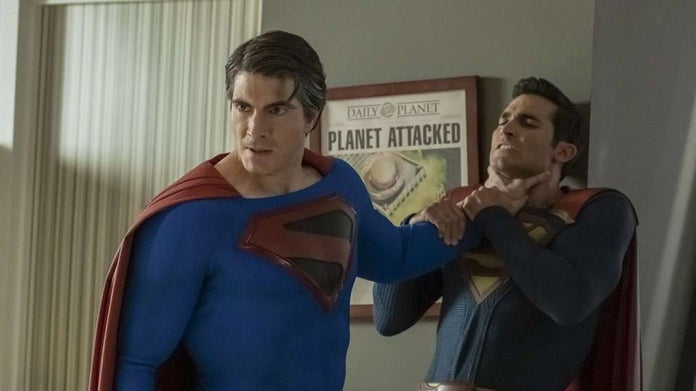 Have a Snickers. You’re not you when you’re hungry.

If we essentially copy the people on this Earth on to separate Earths and then try and merge it together, would that mean I have a twin randomly walking around? Is this like when you have two files on your computer that are in different folders but then try and move them to the same folder and it asks you if you want to keep the original or merge and replace? I just want to know the logistics of having two Earths occupy the same vibrational frequency. If this were to happen, and I was walking down the street, would I even recognise my doppelgänger walking past me and would I even be friends with me? We know there are multiple iterations of The Flash and Superman across infinite Earths but now that at least two Earths occupy the same space, do these multiple doppelgängers also occupy the same space or is there now just one?

3) Are we going to get even more superhero team-ups now? FaceTimes? Group hangs? 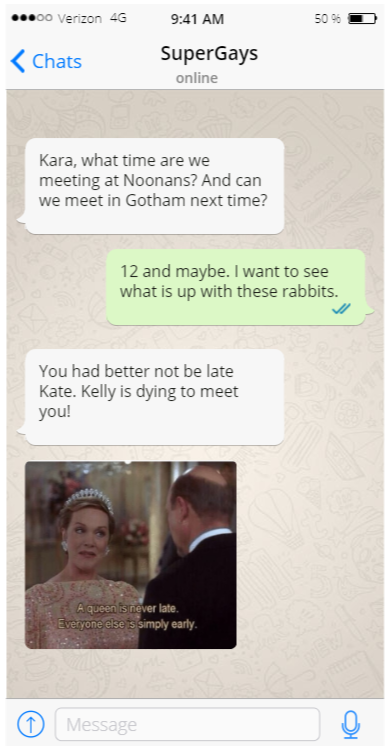 Can you imagine if this was a real GC for the heroes? Maybe in fanfic it is.

Surely communication must be easier now that all of our heroes are on the same earth. I want to know if Alex, Kelly, Sara, Ava and Kate created their own WhatsApp group for the Supergays. I want to know if the Geek Team FaceTime each other to discuss projects that they are working on. Do Kara and Barry have weekly Skype calls for the SuperFriends? Can you even imagine the group chats? If they are anything like what some of my group chats are like then they are in for a new type of Crisis.

4) Does Flashpoint even exist anymore? 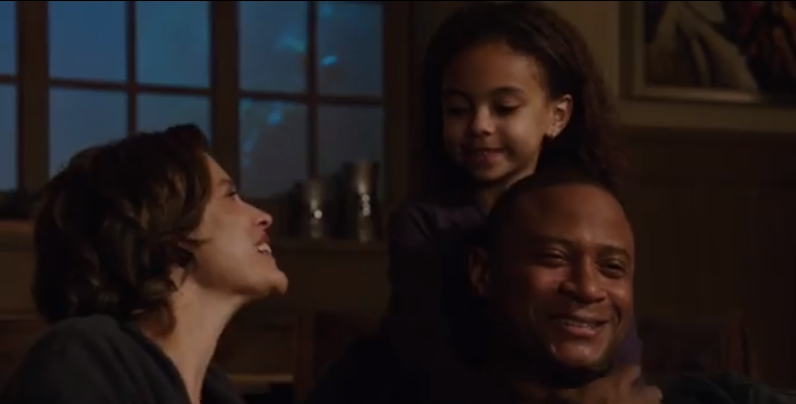 What is even real anymore?

When Diggle and Lyla were watching the newscast, Diggle asked Sara to play with her brother. But little Sara Diggle disappeared and was replaced by JJ. Does this mean that Barry never created Flashpoint and that everything remained the same? Is Cisco’s brother still alive? I just have so many questions.

5) Just how close are all of the cities exactly?

Kara Danvers is a literal puppy and I am here for this friendship!

Kate, Alex and Kara are in Kara’s apartment watching the presidents speech about Oliver Queen near the end of the finale. Kate also just happens to pop in from Gotham to what I can only assume is Star City. If my geography is correct (which let’s face it it probably isn’t) then Gotham is on the East Coast near New York and National City is on the West Coast and is close to San Diego. Star City is Northern California with Central City presumably being in the centre of the USA. How could Kate Kane get from Gotham to Star City so quickly? Did someone give her a breach device? Did J’onn bring her? Did she have some Batwoman tech laying around that we didn’t know about? At least it means that her weekly brunch date with Alex and Kara is easier (this is the brunch date I have in my head and will probably now be the spawn for about 50 fanfics)

6) How many Earths merged together to form Earth-Prime?

So we know that Earth 1 and Earth 36 merged given that Supergirl and White Canary now share the same space, but how many other Earths also joined? Black Lightning was also from another Earth, but he was fighting alongside Killer Frost and Heatwave in the fifth episode and had a seat at the table. No don’t try and point me back to the comic book (I am currently waiting on my copy arriving so don’t start) but the comic book and the crossover are two completely different entities. For one, Earth-Prime in the Comic Books is our Earth, the Earth without Superheroes, and two, Supergirl and The Flash died in Crisis in the comics but didn’t in the crossover. So how many Earths actually merged together, and was our Earth Earth Zero before and then merged with 1 and 36 to become prime? I mean when you add 1 and 36 to 0 you get a prime number (I see what you did there CW!)

7) Is it still the Arrowverse with Arrow finishing? Should I start calling it the Heroverse? The Legendsverse? The Superverse?

Is this in keeping with Fire code regulations?

His flame has been lit in the Hall of Justice, so what now for the Arrowverse sans The Green Arrow? Arrow kicked this whole ride off eight years ago, and Arrow definitely has a legacy, but can we still call it the Arrowverse? I’m more inclined towards the Superverse right now. No one superhero is more important than the other, so I see no need to call a whole multiverse after one superhero.

8) When Lois said ‘your sons’ did she mean Kon-El (the child created by Lex Luthor combining his and Superman’s DNA in the birthing matrix) or did they have another child?

This one is something I’ve gathered from various fanfics as there are only so many comic books a girl can buy. I was never into Superman quite as much as I was the other heroes, but with the dawn of ‘Superman and Lois‘ I am getting more and more interested (that and my sister gave me a Superman comic book so now I want that entire run). I want to see how this plays into the story. I had an inkling that when the show was casting two teenaged boys that one would be Conner Kent. I know that there are a few different ways this could go, but it will be interesting to see if this particular plot point follows Experiment 13.

9) Will we now get crossovers between the new Earth-Prime and the other Earths?

What a line up of heroes? And even better, three of them are female and two are openly LGBTQI+!

How about a crossover with Stargirl, Teen Titans or maybe even the new Green Lantern that is coming to HBO Max. Will we ever see the Legends team up with Stargirl again? Or will we only see crossovers between the heroes that we already know? The Superverse is becoming so much bigger, especially that Black Lightning has just been introduced to it, just how much bigger can we expect it to get? And will we get a Wonder Woman TV show that is separate from the movie?

I probably have MANY more questions than just these nine, but I will require many more rewatches to be able to fully formulate each question, and by that time they will probably all be answered. These are just my questions and I didn’t want to do too much digging around simply because that would ruin the fun. At least now I can read the recaps and read more extensively, and I’m sure the 2-part comic book tie in will give me many things to ponder, but at least my answers should hopefully start to be answered shortly with the shows moving back to their regular scheduling.

If you have answers or questions of your own, please leave them below in the comments.