And that is a very brief recap of the first episode, now on to Episode 2 ‘My Witches’.

This episode begins with Raelle scrambling to leave Scyllas bedroom before the third bell, which she fails miserably( She also fails miserably at finding out more about Scylla in the process) at and ends up getting Guard Duty that night.

Sarah Alder receives a special visitor at the Fort in the form of Madame President, who asks her to call her Kelly (this show is dripping with chemistry I know!). They discuss how to find and take out the Spree. It seems like they use anything that can hold air for their attacks and Alder has figured out a way to track them. Kelly and Alder have a little tête-à-tête about the attacks being military matters. Kelly does not like this and all the old witches around then start chittering showing their (and Alders) displeasure with the threat issued by Madame President.

There are so many amazing women in this show and I hope that this is not the last that we see of Madame President Kelly Wade.

Back in the Mess Hall, Tally finds one of her friends from back home and they all find out that they are to partake in a little friendly competition, the top five covens get to go to the fair in the town of Salem and be unsupervised for the first time since they arrived. The president leaves and Alder and Anacostia take a little walk over to a group of children being looked after by the men. She blesses them all and is reminded of why she fights. Alder enquires after our little coven and leaves after telling Anacostia that she wants updates about how they are doing.

We are back to Witchy martial arts now where Abigail gets to practice her witticisms by grandly taking down a fellow witch. It seems like this may be part of being a witch born from a certain ranking in life. Anacostia chooses Tally to run at her with a spear to show off a new technique, which Abigail then takes on after her and is thrown to the side by Wind Shear shield. 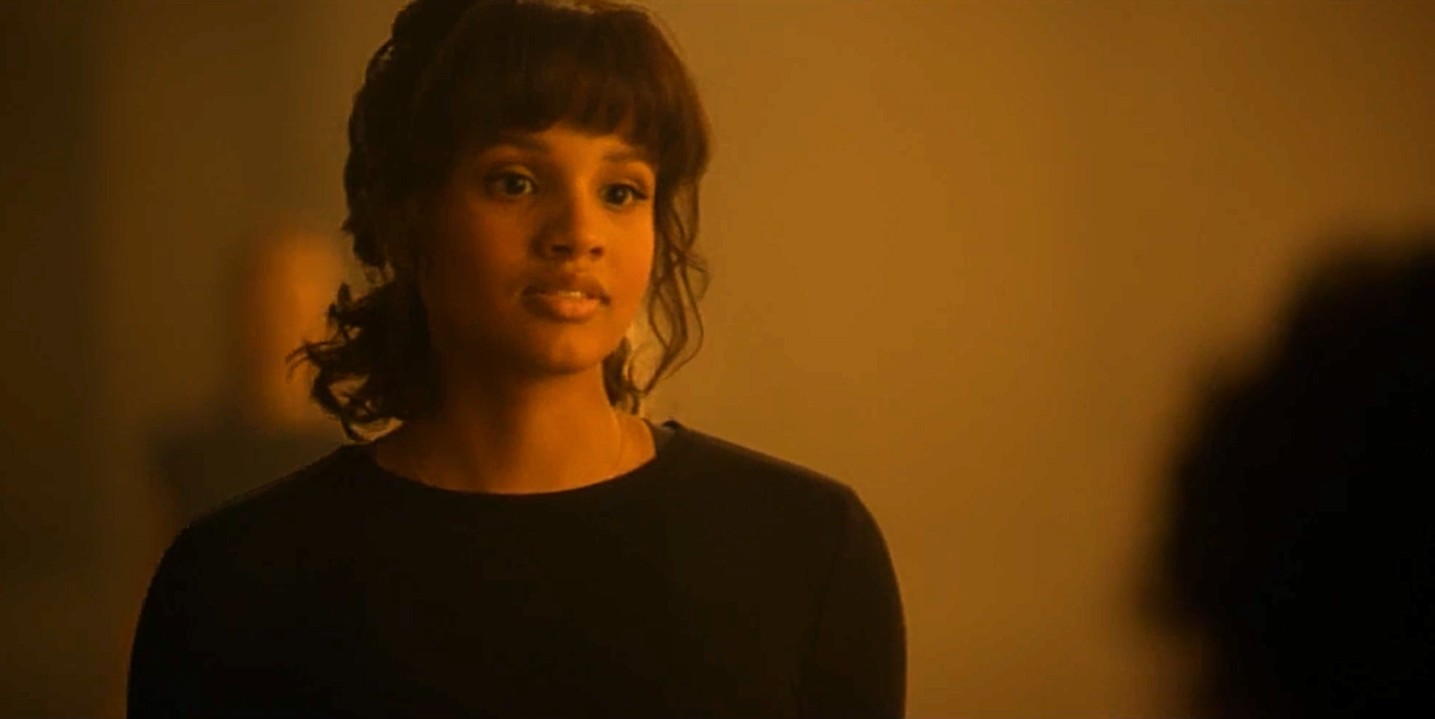 Abigail is still angry over her confrontation with Libba. It turns out that during her witchy debutante call, Libba stole her date and danced with him before she got a chance to. It ruined Abigail’s debut in society and ruined her night, with the two declaring war on each other from this point on.

Raelle meets Graves for Guard Duty and learns a little bit more about what it means to be Necro and to channel the power of death. Graves (pretty ironic name for someone who deals with death) explains that all necros are weird on their best day because they are just so ‘spooky’. Apparently, Scylla’s family were killed by the army for being draft dodgers. I would totally believe that if I didn’t just see her burn her face off in the last episode! Graves gives Raelle a way out of guard duty, but Raelle seems to be getting a hang of Military life and goes about her duty anyway. After waiting until she is gone, Graves’ face goes up in flames to reveal none other than Scylla!

Abigail and Tally are practising their Wind Shears while Raelle sleeps in the corner. This earns her a lesson in the form of Abigail having to sing the seed of discord note until she almost blacks out through lack of oxygen. Raelle tries to heal Abigail, but she jumps away. After seeing Scylla, Raelle leaves and tries to follow her into the woods, only to be followed by Abigail. Tally receives some mail from her mom in the form of a War Charm, but her mom is still completely against her being at Fort Salem.

The covens are all practising a new technique, but can’t stop snapping at each other, causing even more anger until they boil over and blast a hole through the steel that they are trying to strike. This earns them a ticket to the pageant in Salem town.

I stan one coven!

After a little shopping trip, the witches take in a play in which the trial of Sarah Alder is portrayed. Abigail sneaks away to a pizza restaurant only to be followed by Raelle. The two make a deal to leave each other’s business alone for now on and make peace with slices of pizza.

The Spree has now been located through a new attack and Alder sends in the troops. They watch in real-time via a vision on a blackboard in the war room as the Spree let loose their deadly attack via a glass bottle which shatters and drives the witches mad and makes them kill themselves.

After the play ends, with the signing of the Salem Accords, the rest of the witches join Raelle and Abigail for Pizza. Scylla decides to crash the pizza party and drags Raelle away to play Necro in the woods.  She makes a Death Cap bloom out of a dead bird and explains the circle of life like she is singing the opening to the Lion King. What a romantic date night! 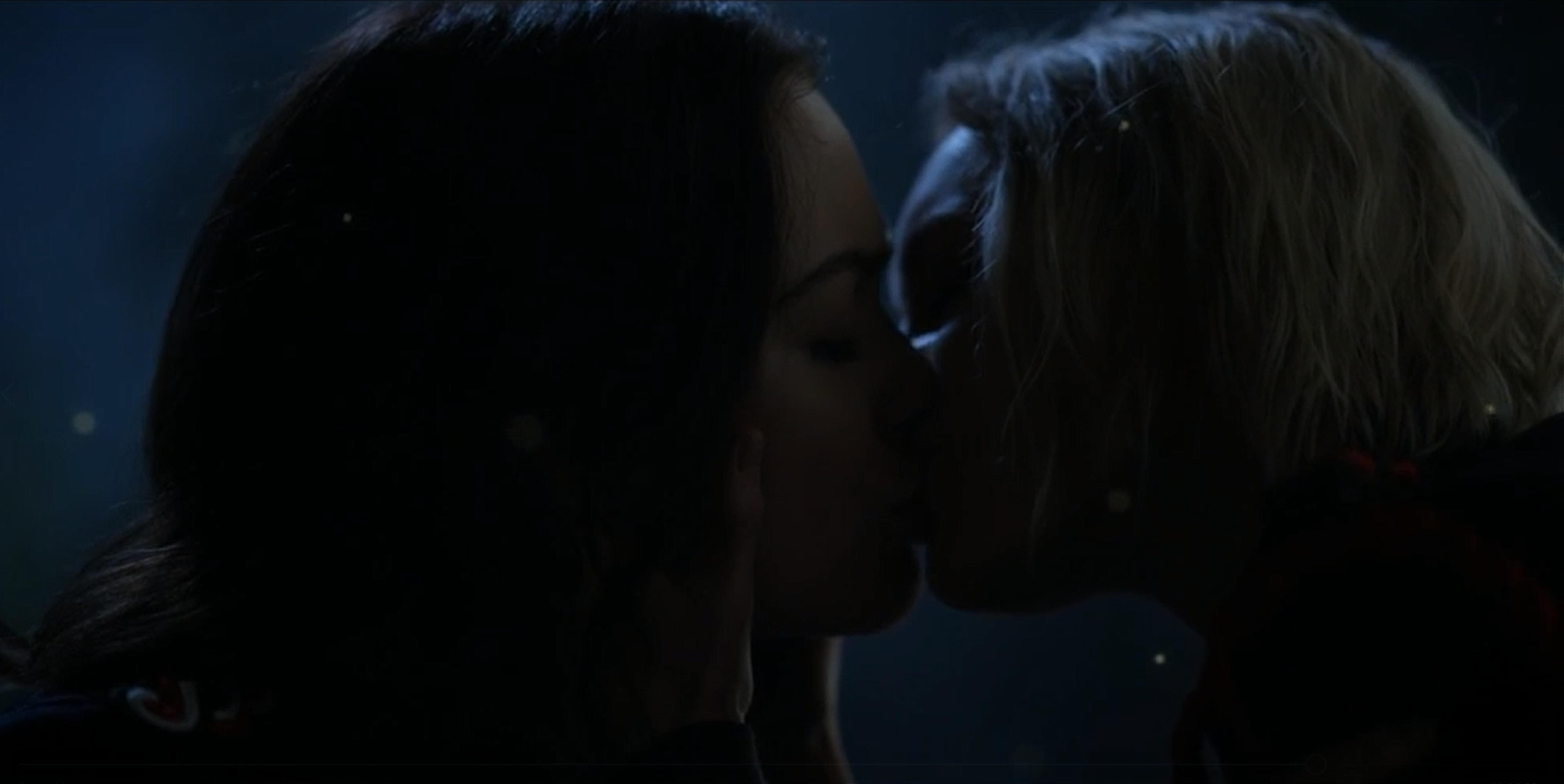 I really hope that Scylla doesn’t turn out to be evil because my baby Raelle deserves to be happy!

The mate date is going well until screams appear from outside and people start running around. There is someone who has brought a balloon to the pageant despite the sign outside saying no balloons (really we need to respect social distancing, balloons included!). An angry pizza patron starts pushing Tally’s buttons to the point where she loses control and sends him across the room.

In the war room, General Alder is even more determined than ever to mute the Spree permanently and faces calls for more extreme measures from one of the witches on her War Council who lost her daughter in the attack. The covens could not care less though and they are all celebrating it being the weekend and over Tally’s successful Wind Strike on the civilian. It is so amazing to see our coven finally let their hair down. It has been all training and no play (well except for Raelle who is ‘playing’ with Scylla). Tally is especially happy for some time downtime and seems to be just the right level of drunk for making declarations of love for her fellow sister witches calling them ‘My Witches’.

On the other side of the fort though, Scylla is communing with a blue balloon in the mirror again. Somehow they can make words appear in the mirror to hold a conversation with her. After finding out there is not an extraction planned for her (or the mysterious ‘we’) she becomes impatient. The blue balloon does not like this and shatters the glass.

And that is it for this episode. As we move on with each episode, I am becoming more and more enamoured by it. Each of the main characters is extremely complex, but the way that they all fit together and complement each other is amazing! I cannot wait to see even more of our little coven next week and to see more of General Sarah Alder. Speaking of, I haven’t posted a picture of her from this week yet, mostly because I couldn’t find the right spot, but here is one from her confrontation with Madame President Kelly Wade.