You have waited long enough so on to Episode 6, ‘Up Is Down’.

At the opening of the episode, we see a young man carrying his sister through the desert to get to an Army outpost. They start off invisible before you see the man struggle to go on. They were expected however as one witch shouts that they are here. Why are they there? I guess we’ll find out!

We jump to Abigail who is being forced to relive everything from the wedding and from the Spree attack. She keeps missing the questions and focussing on small points that are not important. She doesn’t want to take a break. She wants to keep going on. Like mother like daughter as Petra is doing the exact same and is forcing herself to keep going to find out what seed it was that they used to block their powers. Outside Raelle and Tally are waiting for Abigail. Raelle wants people out looking for Scylla and blames the lack of her being found on Anacostia and is silenced when Abigail leaves and proclaims she doesn’t want to talk anymore. 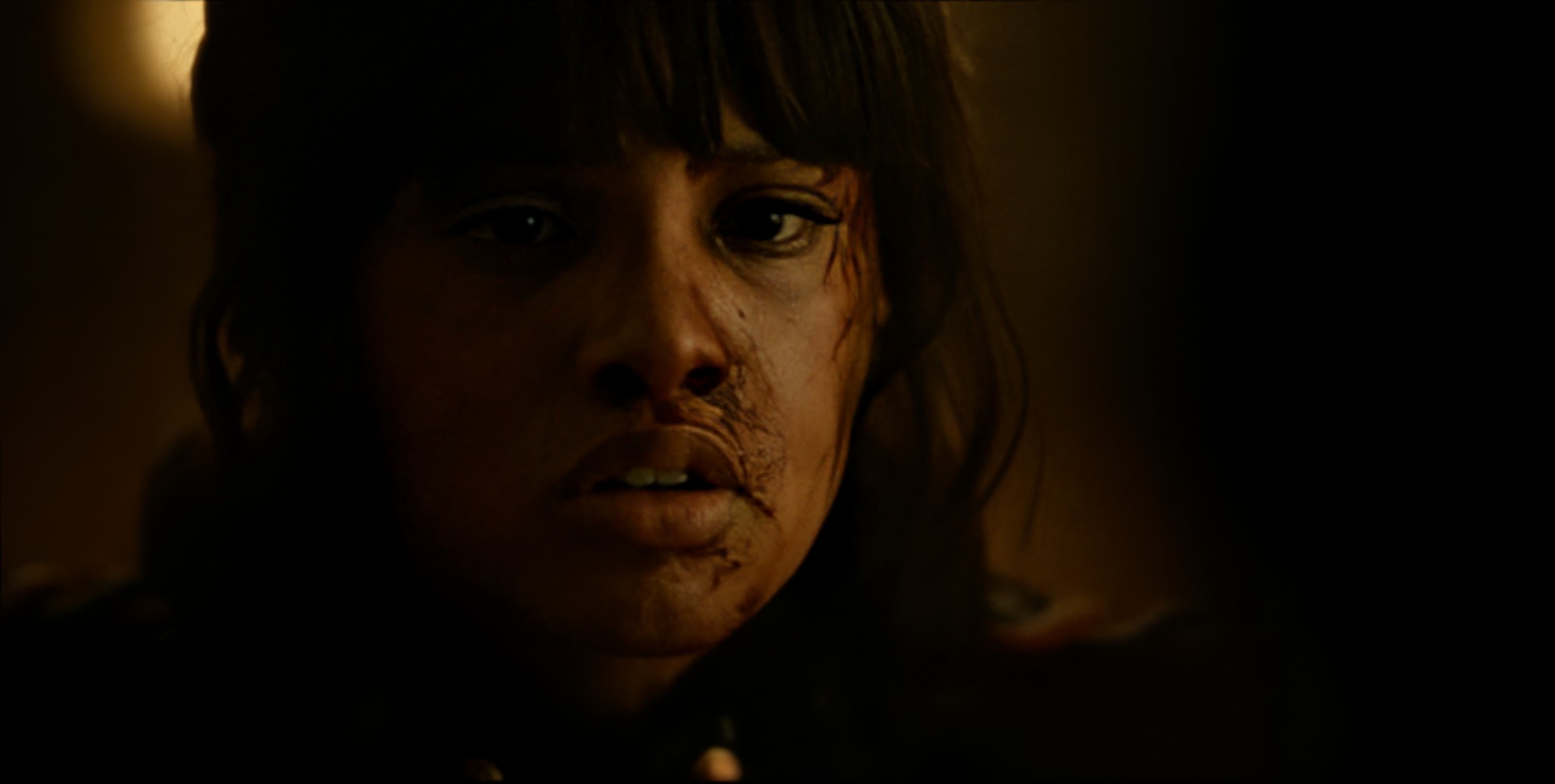 Please give me a heads up next time you decide to kill me, OK?

In the hospital, our new guests receive their welcoming committee in the form of General Alder. Adeel has placed a ring of salt around the bed his sister is in to stop the witches from getting to her (which we all know from watching Wynonna Earp works wonders. I just hope he didn’t use table salt!)

Naturally, an investigation is taking place into the Spree, but it is not the investigation we thought that we would be seeing. Instead, there are 17 bodies in the morgue with Necros. They were all killed at the same time and the same way as Charvelle. Coincidence? I think not! they Petra and the Necros don’t think so too as they do not fit the Spree’s MO. They all have the Bellwether witch mark and don’t have typical vocal cords. Someone is hunting Bellweather witches that no one knew about!

The coven and the rest of the privates are finally recieving their lesson in Salva to learn how to drop into combat. As Raelle is the only one who has don’t it before she is asked to go first. Of course, we hear the Raylla theme which means there is going to be flashbacks to when she used it with Scylla. Remember that time Scylla was still around and was trying to ‘win’ Raelle and the two of them went off and used Salva in the woods with ropes tied to them? Yeah, that was fun. Can we get moments again like that?

At the Necro base, General Alder has come for an inspection. The ‘Bellweathers’ have been lost to them through intermarriage or draft dodgers. She takes the decision not to share all the information for now. Yeah, this won’t bite her in the ass at all! We already know from the last episode that Petra is gunning for her!

Raelle accosts Anacostia about Scylla after class as she believes that Scylla is still alive and that Anacostia is damaging the efforts because of her bias against Scylla. She doesn’t get very far but at least we get to see that Raelle loves Scylla, like A LOT. Tally confronts Abigail who claims she’s fine but she isn’t. She is a beehive and no one is allowed to poke her. That doesn’t stop her from agitating others though. She is called to Petras office and is given a security detail in the form of Bridey as the Spree has declared that its hunting season on Bellweathers who can bear children. Naturally, Abigail is not happy about having someone follow her around but is impressed by her after she pokes the bear into action.

Raelle sneaks into the Necro lair and finds what I can only describe as a mix between The Veil from Harry Potter and something out of Annihilation. Seriously though! It is all silvery and fluid-like but it is part of a mushroom apparently. She is also told not to touch it when she is found by Izadora but it is too late, curiosity got the cat and the mushroom veil got Raelles finger. After she leaves the room it takes the form of a human-looking child, so that can’t be good. Right?

I have definitely seen this in Annihilation!

Abigail and Bridey are training with their scorges but Abigail is letting her anger get away from her and finally breaks. She blames herself for Charvelles death as she believes she let her guard down. After healing her injuries, Abigail asks why Bridey’s eye isn’t ‘fixed’ but she explains that it because of a mission gone wrong. They were ambushed and the only way out was to break a ledge but she didn’t realise that it would trap one of her unit who she had to leave behind. She decided to leave her eye as it was as she didn’t deserve two eyes with her sister dead and would never see the world in the same way again. 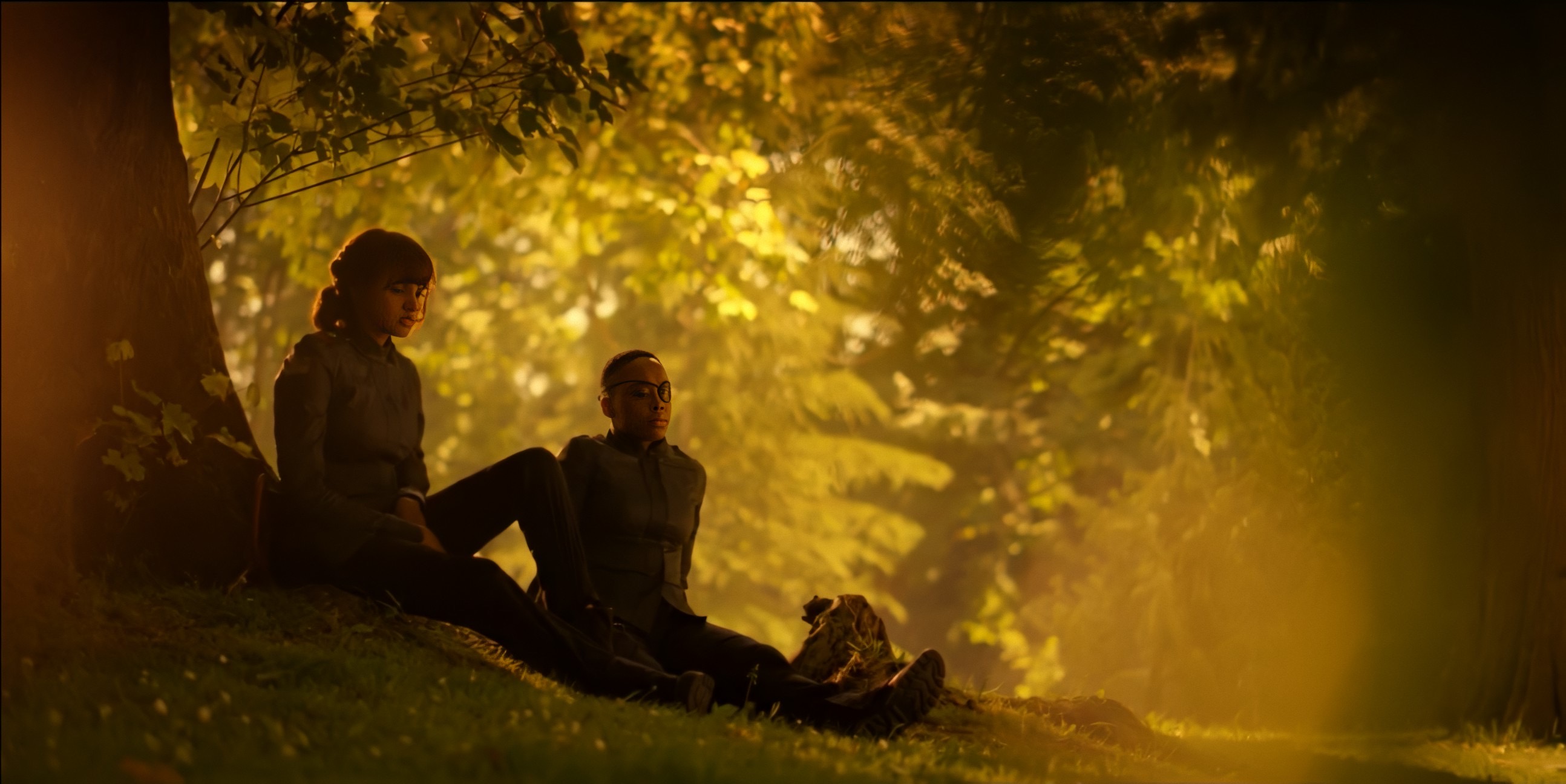 I do love my girl Bridey

Tally is back hanging out with Glory in the barracks who keeps asking her about Gerit, who she thinks Tally is hung up over, but Tally is focusing on Scylla being Spree and not being able to help.  She somehow talks herself through getting it out of her mind as she is doing her duty and is doing all that she can.

Back in Necro lair, Raelle thinks shes going crazy because she is so worried over Scylla. Scylla’s tutor explains that she was killed in the attack though and that Raelle is grieving over her. I guess Izadora believes she is doing Raelle a kindness.

Alder is looking over her youngest new patron in the hospital wing.  Adel and his sister are the last two people who carry the seeds that were heard at the Hague. She wants to learn them, but Adel has other ideas forcing Alder to defend herself over turning her songs into weapons and for protecting fellow witches.

Raelle is in the units bunk room alone when Abigail finds her with Scyllas corsage from the wedding starting out the window. Raelle breaks and tells Abigail that Scylla is dead. She says they were supposed to go to the beach and the lighthouse, the safest place Scylla had ever been, and Raelle becomes obsessed with the idea that is where Scylla is and is waiting for her. After falling asleep, Abigail has a nightmare over the events at the wedding, waking the unit up as well as her bodyguard. she insists that she only had a leg cramp and that she is fine. Raelle though sees that there is an ‘S’ on her hand, the cool little piece of magic that Scylla cooked up to say hi to Raelle wherever she is. She becomes even more convinced that she is at the lighthouse waiting for her. After training the next day, Tally convinces Abigail to go to the infirmary to see if she can get help, Raelle tells her to stop pulling away from them and to lean on them. While Abigail visits the medical ward, she meets the fort’s visitors, and Raelle goes back to their barracks for her medal.

Tally realises that her Salva box is empty and asks Abigail to check hers, which is also empty. Raelle has left the unit and has taken all their Salva as well as her own. Why is it that whenever salva is used, Raelle and Scyllas theme is played? It is such an attack, but I’m here for it. Raelle flies over fields and water and sand and railway tracks trying to find her way to Scylla. Tally and Abigail try and get Bridey to take them off base to try and find Raelle. Abigail pulls out a version of the ‘she is a shitbird, but she’s my shitbird’ speech to convince her to let her go find her sister and bring her girl home. Yes, I am crying now. I love that Raelle is Abigail’s shitbird and that they have all become a close-knit little coven.

They race to find Raelle who is washed up on a beach by the lighthouse that Scylla was talking about being the safest place she has ever been. She refuses to go back to base and is completely convinced that Scylla is alive. The three witches embrace in the water on the beach after Raelle collapses in on herself and breaks down. 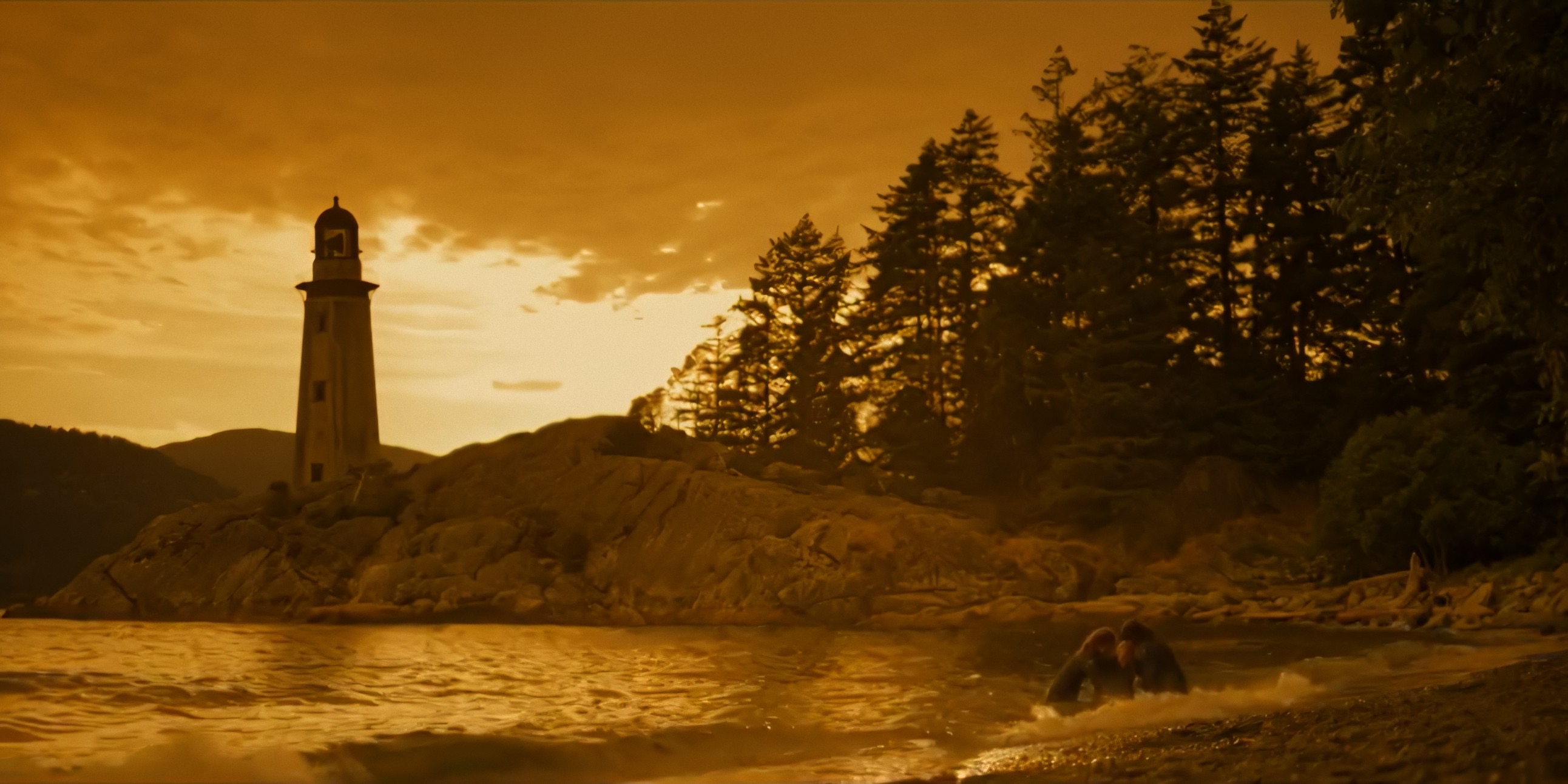 My girls have come so far these last six episodes! Now let me cry in peace.

But oh surprise! Let’s see here, Scylla is tied to a chair in a basement bunker with a collar around her which does not allow her to sing. (Scylla wearing a Collar. Yup I get that irony as well seeing as her girlfriend is Raelle Collar!) Anacostia cannot get through to her and decides to try a new tactic, bringing in someone who will make her speak. After attempting to trace an ‘S’ on her hand Alder arrives at the door and leaves the biddys outside and closes it behind her and leaving us all to wonder about what will happen in the next episode.

That was a whole lot of episode to try and unpack and I feel like I’ve been put through an emotional ringer, and after the promos that I’ve seen for this week, I know there will not be any let up for this weeks episode. Things will be picking up the pace from here now seeing as we only have four more episodes left until the end of the season but I cannot wait to be utterly destroyed by them.